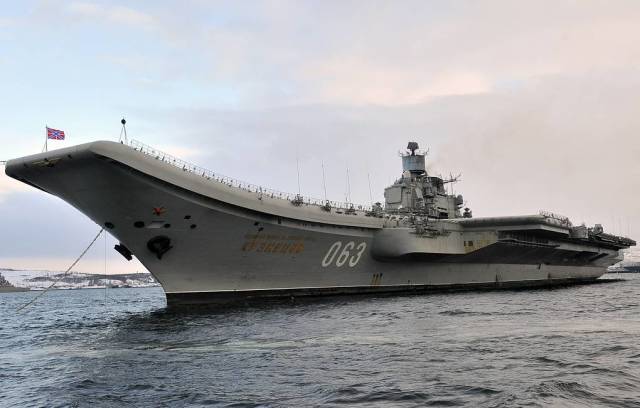 According to Vladimir Korolev, vice president for military shipbuilding of the USC, the aircraft carrier will go to sea in June-July 2023 after the repair is completed for tests that will last about a year

ST. PETERSBURG, June 23. /TASS/. The repair and modernization of the aircraft carrier Admiral Kuznetsov will be completed in 2023, and at the end of the same year it will be transferred to the Russian Navy. Vladimir Korolev, Vice-President for Military Shipbuilding of the United Shipbuilding Corporation (USC), told TASS on the sidelines of the International Naval Salon.

"The repair and modernization of the Admiral Kuznetsov will be completed in the first half of 2023. Avionics, a flight deck with a springboard, power equipment, and a power plant will be completely replaced. The ship will receive a new system for controlling the take-off and landing of aircraft entirely of domestic design. The composition of the carrier-based aircraft will remain the same, there will be no strike weapons on the cruiser, it will be equipped with an anti-aircraft missile and gun complex "Pantsir-M", - said Korolev.

According to him, the aircraft carrier in June-July 2023, after the completion of repairs, will go to sea for tests that will last about a year. "At the end of 2023, the Admiral Kuznetsov is planned to be transferred to the fleet," the USC vice president concluded.

Earlier, the head of the corporation, Alexey Rakhmanov, said in an interview with the Vedomosti newspaper that the ship will go to factory sea trials with a delay from the schedule due to problems with the supply of repair equipment.

In April 2018, the Russian Defense Ministry signed a contract with USC to carry out medium repairs and limited modernization of the aircraft carrier Admiral Kuznetsov until 2022. On December 12, 2019, a fire occurred on the cruiser during repair work. The fire area was 500 square meters, the fire was extinguished on December 13. According to officials, the emergency did not become critical.