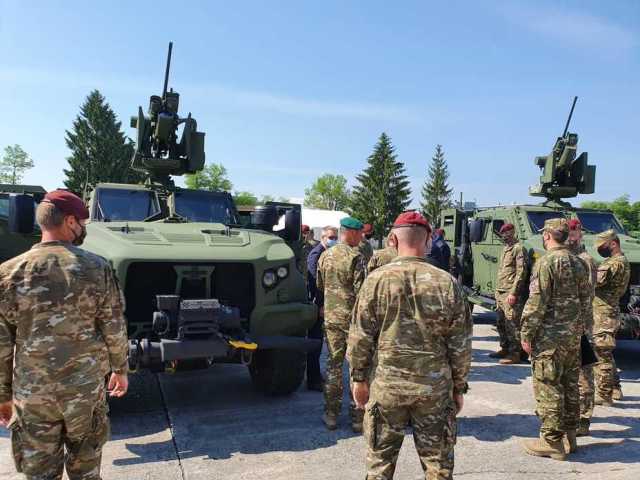 The new BBMs will replace the existing equipment, the service life of which is expiring. In addition, the existing armored vehicles do not meet the latest standards of ballistic and mine protection.

According to the Minister of Defense of Slovenia, this year it is planned to place an order for the supply of 37 additional JLTV vehicles.

As reported by TSAMTO, on November 12, 2018, Slovenia and the United States signed a letter of offer and acceptance of an offer for the supply of 38 JLTV BBMs manufactured by Oshkosh under the "Foreign Military Sales" program. The total cost of the sale, including delivery and VAT, is estimated at 32 million euros (26.7 million euros without VAT). This amount includes the purchase of armored vehicles, M153 remote-controlled weapon modules, tools, spare parts, administrative expenses, maintenance of equipment and training of personnel. In accordance with the terms of the agreement, deliveries of the BBM will be made during 2021-2023.

The first batch of equipment was delivered to the port of Koper (Slovenia) on May 12. Judging by the available photos, the delivered batch included 24 armored vehicles and related equipment.