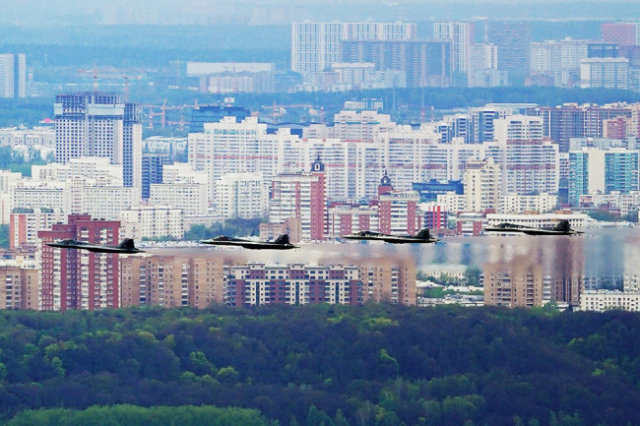 The Russian Aerospace Forces (VKS) will receive four Su-57 fighter jets this year. This was reported to journalists by Deputy Prime Minister Yuri Borisov, who oversees the military-industrial complex in the government of the Russian Federation.

Currently, Borisov is making a working trip to the Komsomolsk-on-Amur Aviation Plant named after Yu. A. Gagarina (KnAAZ). "This year, the plant must deliver 15 combat aircraft to the customer under export contracts. The Ministry of Defense has signed a large long-term contract for the Su-57 - this year there will be delivery of four production aircraft, " the Deputy Prime Minister said.

According to the contract, the Defense Ministry will receive 76 Su-57 fighters until 2028. The military intends to re-equip three aviation regiments with them. After 2022, aircraft with a more advanced second-stage engine will be delivered.

The first production Su-57 aircraft was handed over to the military at the end of last year. This is a Russian multi-purpose fighter of the fifth generation. It is designed to destroy all types of air, ground and surface targets. It has a supersonic cruising speed, internal fuselage armament, radio-absorbing coating, as well as the latest complex of on-board equipment.

Earlier it was reported that the Sukhoi Design Bureau and the Ministry of Defense plan to create an export two-seat version of the fifth-generation Su-57 fighter. In turn, experts have already named five countries that are interested in purchasing Russian Su-57 fighters.