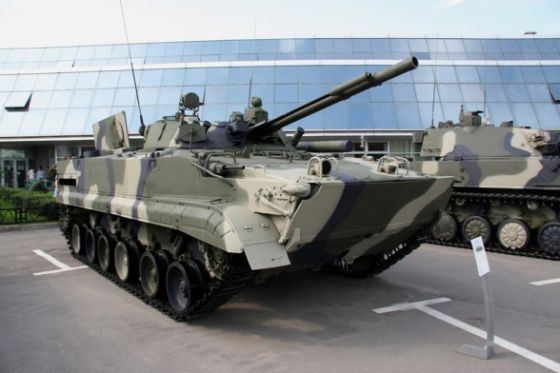 On June 16, at the Bamburovo training ground in the Primorsky Territory, practical exercises will be held with the military personnel of the marine brigade of the Pacific Fleet on the development of new equipment (10 armored vehicles), the report says.

"At the tank range, under the guidance of experienced instructors with crews, they will conduct classes on driving combat vehicles over difficult cross-country terrain with overcoming various obstacles, and they will also perform combat shooting exercises from BMP-3F weapons. The fire will be conducted at distances from 300 to 900 meters at targets that simulate long-term firing points, grenade launchers and infantry groups, " the Russian Defense Ministry said in a statement.

The floating BMP-3F is one of the modifications of the BMP-3. The car has a fairly high speed afloat-10 km / h, the ability to conduct combat operations and a confident exit from the water to the shore even with sea waves up to three points.