Irkut has decided to deliver 1,1 thousand aircraft by 2035 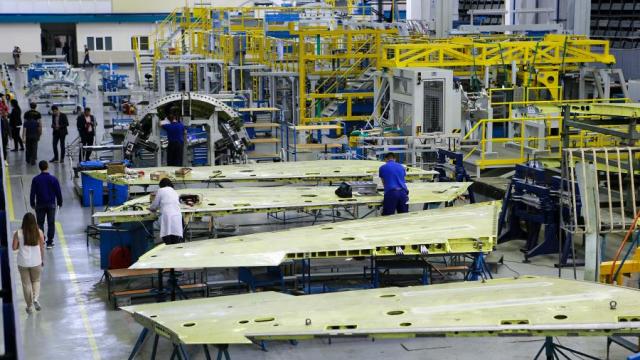 Irkut Corporation plans to deliver 1099 domestic MC-21, Superjet and IL-114-300 aircraft by 2035. To do this, the aircraft manufacturer will need funding in the amount of 4.15 trillion rubles. This was announced on June 10 by Kirill Budaev, Vice President, Head of Marketing and Sales of Civil Aircraft of the corporation, at the international conference "Aviation Finance and Leasing in Russia and the CIS".

Budaev considers the delivery of such a large number of aircraft a great challenge. According to him, 99% of operations for the acquisition of Russian aircraft are leased. The main lessees in Russia at the moment are STLK and PSB Leasing, which is conducting a program for the delivery of 59 SSJ-100s in 2021-2022.

During the conference, Budaev also said that in 2022, the company will deliver six MC-21 aircraft to the first operator, Rossiya Airlines (part of the Aeroflot Group).

The rights to this material belong to Известия.ru
The material is placed by the copyright holder in the public domain
Страны
Россия
Продукция
Ил-114
Ил-114-300
СуперДжет-100
Компании
ИРКУТ НПК
Проекты
МС-21
Comments [2]
№1