This year, it is planned to allocate 3.4 billion rubles to the defense industry enterprises of the Tver Region for the implementation of state contracts. 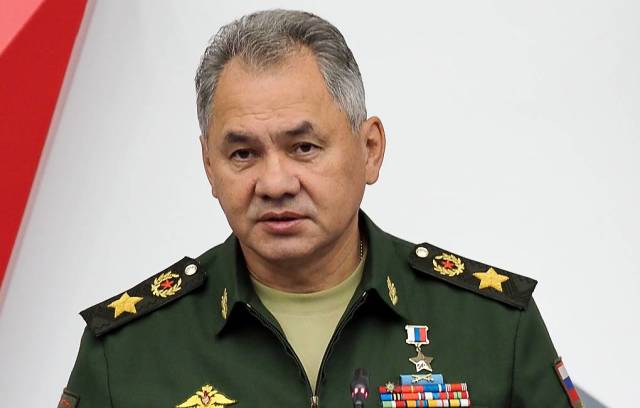 TSAMTO, June 9. The Minister of Defense of the Russian Federation, General of the Army Sergei Shoigu, met with the Governor of the region Igor Rudeney during a working trip to the Tver region.

During the meeting, which took place on the territory of the Tver Suvorov Military School, Sergei Shoigu said that the defense enterprises of the Tver region receive more than 3 billion rubles for the implementation of state contracts in the interests of the Russian Defense Ministry.

"Dozens of long-term contracts are being implemented in the Tver Region in the interests of the Ministry of Defense. According to the results of last year, regional enterprises have mastered about 4 billion rubles. This year, it is planned to allocate 3.4 billion rubles for the implementation of state contracts," the head of the military department said.

The Russian Defense Minister noted that the Tver Region makes a great contribution to strengthening the state's defense capability and equipping the army with modern equipment. The military department and the region have established fruitful cooperation in many areas.

"The main volume of state tasks in the interests of the Ministry of Defense is performed by the Tver Carriage Building Plant and the Research Institute "Tsentrprogramsistem", - said Sergei Shoigu.

During the meeting with the Governor of the Tver region, the Russian Defense Minister also announced the launch of a project to bring military commissariats and selection points for citizens for military service to modern requirements in all regions of the country.

"We need to put our military enlistment offices in order. Military commissariats in the army are like a wardrobe in the theater. I propose to give a start to this big event – bringing the military enlistment offices into an exemplary form, so that they are modern, so that you want to come there not under compulsion or on the agenda, but at will, " Sergei Shoigu quotes the Department of Information and Mass Communications of the Ministry of Defense of the Russian Federation.

The rights to this material belong to ЦАМТО
The material is placed by the copyright holder in the public domain
Страны
Россия
Компании
Минoбороны РФ
Персоны
Шойгу Сергей
Do you want to leave a comment? Register and/or Log in
Log in via Facebook
The Permanent Representative of the Russian Federation to international organizations in Vienna Ulyanov called the refusal of AUKUS to provide data on the union abnormal
The United States agrees with Stoltenberg on the inadmissibility of Russia's influence in the issue of NATO expansion
In the USA, it was proposed to ban "Solntsepeki" and "Pinocchio"
Putin signed the law on the powers of Roscosmos in the field of infrastructure construction
Korean aircraft carrier "won back" funding
Конфликты: Йемен - "забытая" война
The National Interest (США): российский танк Т-80 — это не шутка
In the USA, they were surprised by the size of the Su-75
Russia will offer India the technology of the Octopus tank
Шойгу счел необходимым построить в России еще несколько крупных городов
The State Duma appreciated the idea of banning the sale of grenades after the shooting at the MFC in Moscow
British military demanded $1.1 million for stuttering after Estonian frosts
Sasapost (Египет): американцы создают самый мощный лазер в истории. Что это значит?
Tank killer: the work of the PTKM-1R anti-roof mine was shown on video
Корпорация "Иркут" до конца 2018 года поставит ВКС РФ более 30 истребителей Су-30СМ
other topics discussed
2006-2021 © ВПК.name. All rights reserved.
When reprinting, link to ВПК.name required.
User agreement.
№ 21-PP in the register of information distributors.
18+
Website hosting: TimeWeb.