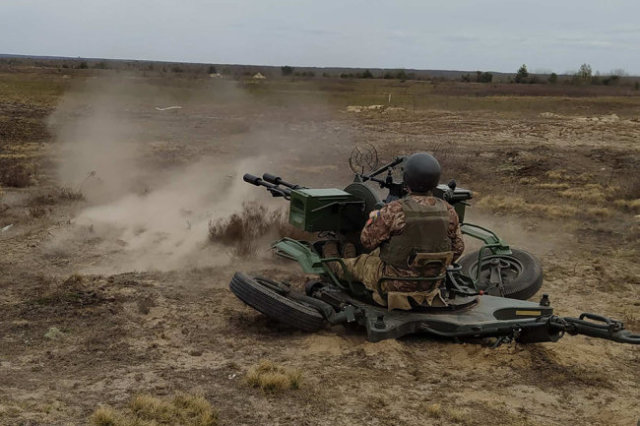 In Ukraine, they said that they managed to localize the Soviet 23-mm twin anti-aircraft gun ZU-23-2. According to the "Ukrainian Militaristic Portal", the first sample is currently located at the Rivne test site, where it is checked by specialists of the State Research Institute for Testing and Certification of Weapons and Military Equipment.

If the tests are successfully completed, the Zushka will be sent to the troops for controlled operation, after which it is expected that this modification will be adopted by the AFU.

The work on this topic was carried out by the company "Rubin-2017" of the company "Ukrainian Armored Vehicles", which previously managed to copy another product from the times of the Soviet Union - the 73-mm machine-gun anti-tank grenade launcher SPG-9, which received the local name "Lancea".

Earlier, it was reported that Ukraine managed to establish the production of 2A14 gun barrels for these anti-aircraft installations. Allegedly, during the tests, their tactical and technical characteristics turned out to be better than those of the old Soviet models. However, when the M120-15 "Hammer" mortar, infamous for its numerous self-detonations, was launched into the series, something similar was also initially claimed.

Developed more than 60 years ago, the ZU-23-2 is actively used in the APU. They are installed not only on GAZ-66, ZiL-131, MT-LB armored transporters, but also on BTS-4 tank tractors.