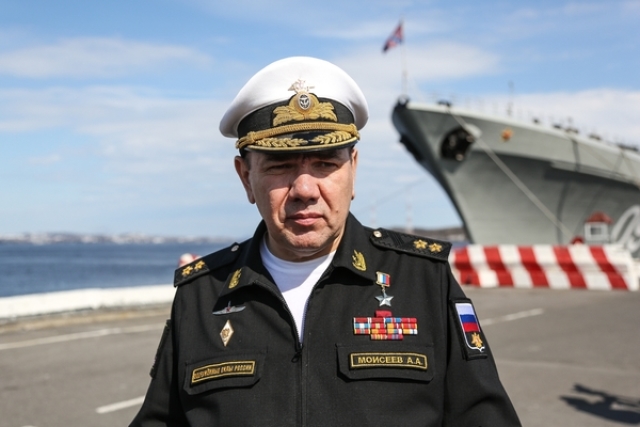 Alexander Moiseev said that after the repair, this cruiser will become the most powerful ship armed with missiles

MOSCOW, May 31. /TASS/. The nuclear-powered missile cruiser Admiral Nakhimov will become the most powerful ship armed with missiles after the repair is completed. This was stated in an interview with the newspaper "Red Star" by the commander of the Northern Fleet, Admiral Alexander Moiseev.

"Admiral Nakhimov "is currently undergoing repairs with a deep modernization at JSC "Production Association "Sevmash". Upon its completion, it will become the most powerful ship armed with modern missile weapons, " the commander said.

"We expect the next ship of this project, which is named after the legendary commander of the Northern Fleet, Admiral Arseniy Grigoryevich Golovko," he said.

The cruisers of the project 1144 "Orlan", which also includes the" Admiral Nakhimov", have absorbed almost the entire range of combat and technical means created in the USSR for combat surface ships by the 1970s and 80s. The main strike weapon of the cruisers is the P-700 Granit anti-ship missile system. The ship is equipped with a two-shaft power plant as part of a two-reactor steam generating unit.