Rare example: the Strela-1 complex is seen near Haftar's forces in Libya 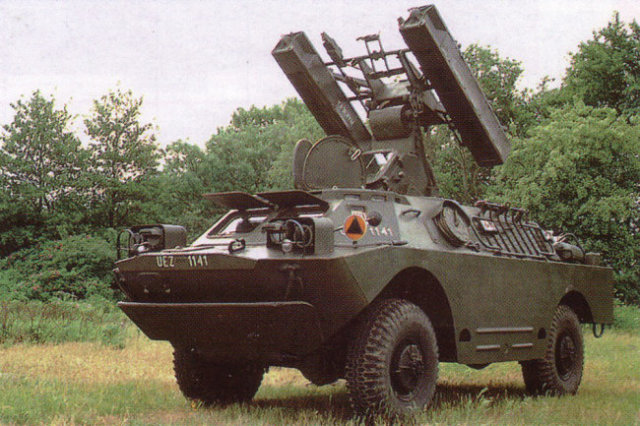 The basis of the air defense of the armed forces of Libya under Muammar Gaddafi was purchased in the USSR anti-aircraft missile systems.

As it turned out, the last two systems are still used in this country. For example, both Field Marshal Haftar's Libyan National Army (LNA) and the opposing sides, the Government of National Accord, have" Squares".

It was reported that the LNA fighters using these weapons of destruction in May 2019 managed to destroy a French-made Mirage F. 1 multi-purpose fighter.

Later, a year later, a Czechoslovak L-39 combat training aircraft was shot down, acting as a light attack aircraft.

As for the Strela-1 ,the first deliveries from the Soviet Union began in 1974. These complexes were also equipped with army air defense batteries.

The armored vehicles are made on the chassis of the reconnaissance-patrol BRDM-2 (4x4). The four missiles mounted on them could hit targets at a range of up to 4200 meters and at altitudes (depending on the modification) from 30 meters to 3000-3500 meters. Weight-30.5 kg, including the warhead-3000 gr.

By the beginning of the civil war, most of the complexes were withdrawn from the troops and sent to storage bases. Now they have begun to restore and return to service. Compared to modern models, their missiles have insufficiently effective homing heads, but if used correctly, they can pose a certain threat to aircraft, helicopters and drones. Earlier it was reported that it was the "Arrow-1" that shot down one of the American MQ-9 Reaper in Yemen.

The rights to this material belong to Российская газета
The material is placed by the copyright holder in the public domain
Страны
Йемен
Ливия
Россия
Словакия
США
Франция
Продукция
L-39
MQ-1 Predator
MQ-9 Reaper
БРДМ-2
КУБ
Проекты
БПЛА
Do you want to leave a comment? Register and/or Log in
Log in via Facebook
The Permanent Representative of the Russian Federation to international organizations in Vienna Ulyanov called the refusal of AUKUS to provide data on the union abnormal
In the USA, they were surprised by the size of the Su-75
The United States agrees with Stoltenberg on the inadmissibility of Russia's influence in the issue of NATO expansion
In the USA, it was proposed to ban "Solntsepeki" and "Pinocchio"
Putin signed the law on the powers of Roscosmos in the field of infrastructure construction
Korean aircraft carrier "won back" funding
Конфликты: Йемен - "забытая" война
The National Interest (США): российский танк Т-80 — это не шутка
Russia will offer India the technology of the Octopus tank
Шойгу счел необходимым построить в России еще несколько крупных городов
The State Duma appreciated the idea of banning the sale of grenades after the shooting at the MFC in Moscow
British military demanded $1.1 million for stuttering after Estonian frosts
Sasapost (Египет): американцы создают самый мощный лазер в истории. Что это значит?
Tank killer: the work of the PTKM-1R anti-roof mine was shown on video
Корпорация "Иркут" до конца 2018 года поставит ВКС РФ более 30 истребителей Су-30СМ
other topics discussed
2006-2021 © ВПК.name. All rights reserved.
When reprinting, link to ВПК.name required.
User agreement.
№ 21-PP in the register of information distributors.
18+
Website hosting: TimeWeb.