The T-15MD tokamak was physically launched 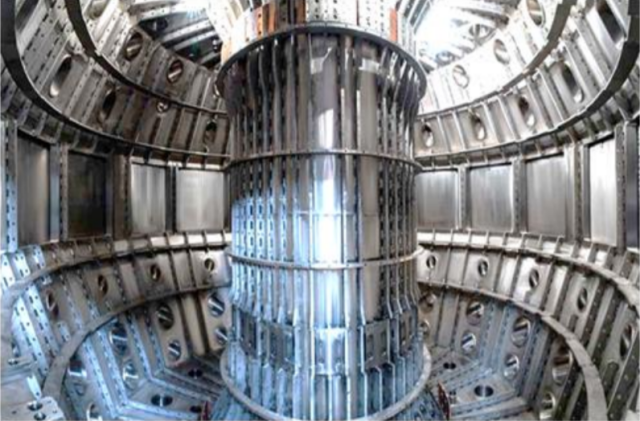 A successful physical launch of the T-15MD tokamak took place at the Kurchatov Institute, which became the first new thermonuclear installation in Russia in 20 years. It is expected that it will carry out both experiments in the framework of the ITER thermonuclear reactor project, and experiments in the framework of the development of a hybrid reactor, [...] TASS reports.

The main goal of research in the field of controlled thermonuclear fusion around the world is to create an industrial reactor that will be able to generate electricity using fusion reactions of the nuclei of hydrogen isotopes, in particular deuterium and tritium. It is assumed that the high-energy neutrons that are born during the reactions will fall into the reactor blanket, where they will give their energy to the coolant or participate in the production of tritium from lithium. However, if various types of nuclear fuel are loaded into the blanket, for example, uranium-238, thorium-232 or minor actinides from spent fuel, you will get a hybrid reactor that will be able to produce nuclear fuel or engage in the transmutation of long-lived high-level waste. Such installations are attractive for scientists, as the requirements for them are lower than for thermonuclear reactors.

The T-15MD is an experimental hybrid thermonuclear tokamak reactor, which was created at the Kurchatov Institute on the basis of the T-15 superconducting tokamak . It is expected that in the course of its work, both experiments will be carried out within the framework of the international experimental thermonuclear reactor ITER project, and experiments in which the tokamak will act as a prototype of a thermonuclear neutron source. 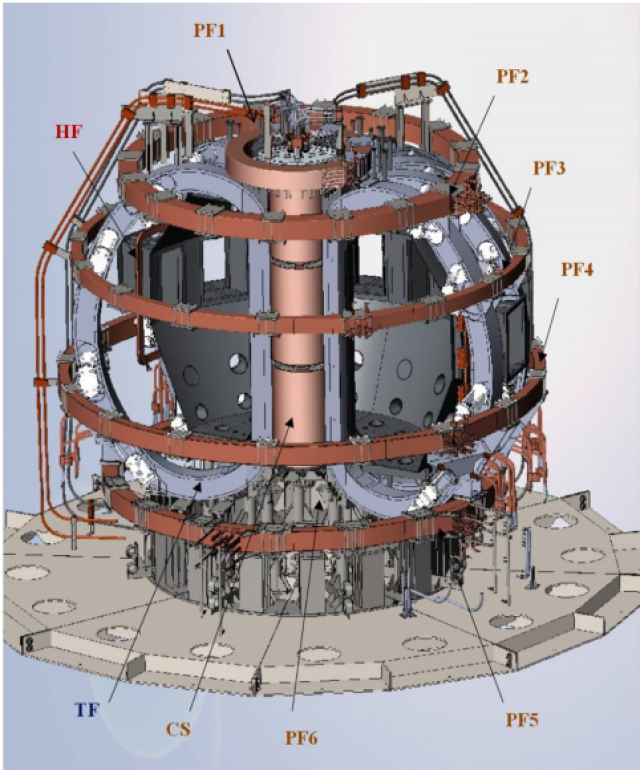 
The T-15MD is not superconducting — its magnetic system is made of a water-cooled silver-containing copper conductor. The tokamak itself is close to the spheromak (its aspect ratio is 2.2), will operate in pulsed mode and is able to hold a plasma with a maximum current of two megaamperes for ten seconds. The toroidal magnetic field on the axis of the plasma cord will be two Teslas. [...] Fast atom injectors, gyrotrons, low-hybrid and ion-cyclotron heating systems with a total capacity of about 20 megawatts will be responsible for additional plasma heating. The vacuum chamber of the installation is made of stainless steel, graphite is selected as the lining material for the internal walls and the divertor.

On May 18, 2021, the Kurchatov Institute successfully hosted the ceremony of the physical launch of the T-15MD thermonuclear installation, which was attended by Prime Minister Mikhail Mishustin. According to the scientific director of the Complex of Thermonuclear Energy and Plasma Technologies, Pyotr Khvostenko, the physical launch implies a demonstration of the operability of all tokamak technological systems with the production of low-temperature plasma, and further work on the installation will be associated with a gradual increase in the discharge current, and, as a result, the plasma temperature. Work with high-temperature plasma will begin before the end of this year.

In an interview with N + 1, Oleg Filatov, scientific director of JSC NIIEFA, which participated in the creation of the installation, noted that only the infrastructure remains of the old T-15 installation, which is being modernized, and all the main elements of the T-15MD are made anew. The plant itself plays a major role in the national thermonuclear program, and the results obtained on it will be used in the development of a future superconducting device. Tokamak with Reactor Technology (TRT), which is to become a full-scale prototype of a fusion reactor and a neutron source for a hybrid reactor.

Attempts to" tame " thermonuclear reactions are conducted both at the international level and at the private level. More information about the success of private companies can be found in our blog and material .