For the first time, the fifth-generation F-35 fighter jets arrived to protect the airspace of the Baltic States 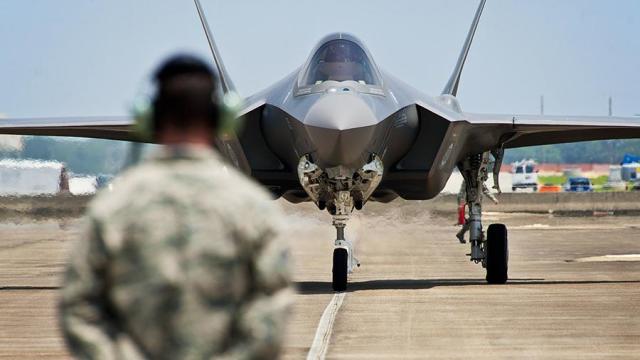 Tallinn. May 1. INTERFAX-The fifth-generation F-35 Lightning II fighter jets of the Italian Air Force arrived in Estonia for the first time on Friday to protect the airspace of the Baltic States.

According to the press service of the General Staff of the Estonian Defense Forces, they will replace the German Eurofighter Typhoon fighters in rotation.

The rotation ceremony of the NATO Baltic Air Security Mission will take place on Monday at the Amari Air Base. The ceremony will be attended by Estonian Defense Minister Kalle Laanet and Italian Deputy Defense Minister Giorgio Mulet.

Fighters of the 13th Air Group of the Italian Air Force (13 Gruppo-Nucleo Tattiche) will stand on round-the-clock duty. Their task is to intercept air targets for their identification and tracking, as well as training flights. Before that, Italian pilots were on duty in Estonia in 2018.

The fifth-generation F-35 fighter jets were created as part of the most expensive weapons development program in the history of mankind. They are capable of flying at speeds of more than 1,900 km / h and are equipped with four-chamber Gatling automatic guns of 25 mm GAU-22 / A caliber, air-to-air missiles and guided air-to-ground bombs, which can be located both inside and outside the fuselage. They are able to perform the tasks of a fighter, scout, and also strike at ground targets.