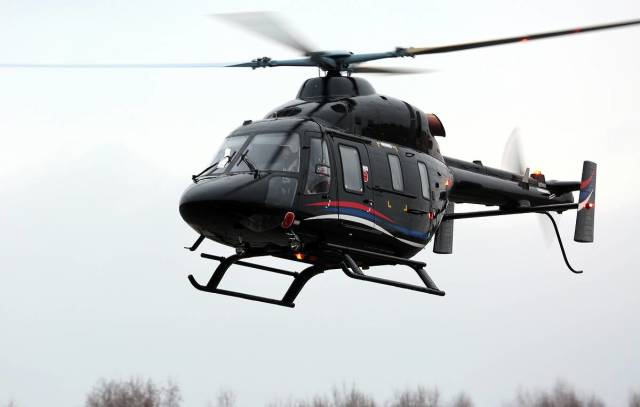 TSAMTO, April 22. The Russian Helicopters holding company of the Rostec State Corporation will equip the Ansat helicopter with an external suspension that will allow the helicopter to carry oversized cargo weighing up to a ton.

After the certification of the new option, the Ansat helicopter will also be able to be used to extinguish fires using a spillway device on an external suspension.

During the tests at the Kazan Helicopter Plant, the car rose to an altitude of 3.7 km, with 600 kg of cargo overboard. The speed of the aircraft with a load on an external suspension was 180 km/h. At the same time, the maximum take-off weight of the Ansat when using an external suspension is increased from 3600 to 3800 kg.

"By expanding the list of optional equipment, we are making the Ansat helicopter even more versatile and easy to operate. Even today, it can be used for the transportation of passengers and cargo, medical and search and rescue operations. The certification of the external suspension will allow the helicopter to carry oversized cargo, and in the future-to use it to extinguish fires with the help of a spillway device. In the near future, we also expect to increase the flight range of the Ansat by 160 km due to the certification of an additional fuel tank, " the Rostec aviation cluster said.

Earlier, KVZ received approval from the Federal Air Transport Agency for the installation of an onboard boom with a winch on the Ansat helicopter. The new option allows you to safely lift and lower people and cargo weighing up to 272 kg. The on-board boom is indispensable for search and rescue operations and allows you to carry out loading and unloading operations in hovering mode.

"Ansat" is a light twin-engine multi-purpose helicopter, the serial production of which is deployed at the Kazan Helicopter Plant. According to the certificate, the design of the helicopter allows you to quickly transform it into both a cargo and a passenger version with the ability to transport up to 7 people. In May 2015, an addition to the type certificate was received for the modification of the helicopter with a medical module. "Ansat" is certified for use in the temperature range from -45 to +50 degrees. C, and also for use in the highlands.

The message is posted in the public domain on the website of JSC "Russian Helicopters".