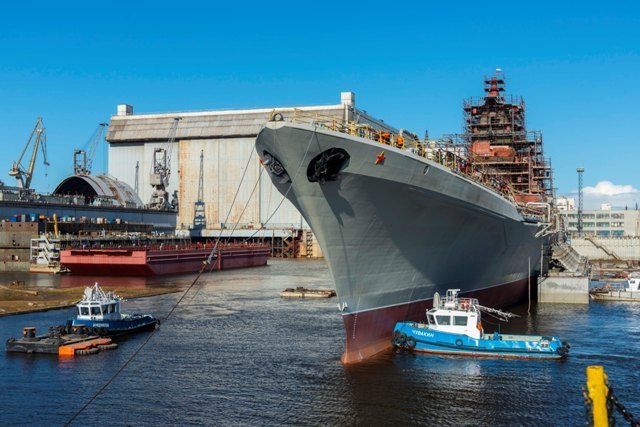 MOSCOW, April 22. /TASS/. The Admiral Nakhimov heavy nuclear-powered missile cruiser will become the strongest surface ship in the world after modernization. This was announced in an interview with TASS in connection with the 75th anniversary of the Northern Design Bureau (SPKB, part of the United Shipbuilding Corporation), celebrated on April 22, by the General Director of the enterprise Andrey Dyachkov.

"The high modernization potential of these ships (projects 1144 and 11442), laid down in them during the design, allowed us to carry out certain works and equip the Admiral Nakhimov with the most modern weapons, which makes it the strongest combat surface ship in the world," he said.

According to Dyachkov, despite the appearance of new modern ships, "ships of the XXI century", heavy nuclear missile cruisers of projects 1144 and 11442, designed in the SPKB, which includes, in particular, the Admiral Nakhimov, are still a business card, a kind of symbol not only of the bureau, but also of the Russian Navy.

The cruiser has been under repair at Sevmash since 1999. Real work on it has been carried out since 2013. The main result of the modernization is a noticeable increase in the strike power of the cruiser.