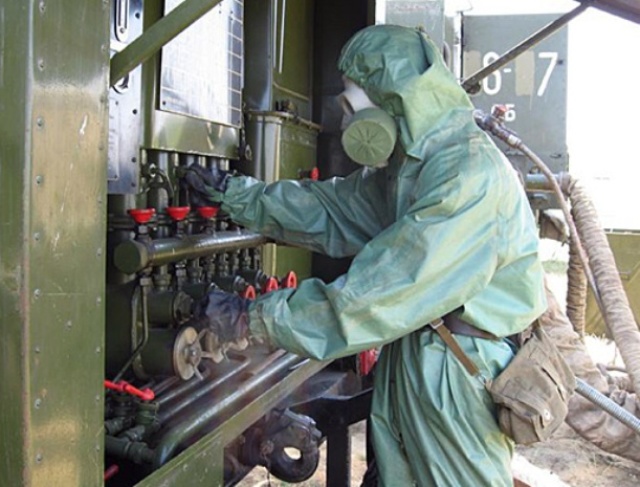 In the Army Corps of the Baltic Fleet, exercises were held to practice the actions of personnel in the conditions of the use of weapons of mass destruction.

According to the plan of the training, the control points of the formations and military units of the army corps of the BF began to receive signals about the use of chemical weapons by the conditional enemy. Calculations of radiation, chemical and biological protection were put on high alert. They were ordered to identify the source of infection, assess the threat level and transmit information about the situation to the headquarters.

Actions with the calculations of the RCB-intelligence were also worked out. The specialists deployed and prepared aerosol counteraction vehicles and chemical reconnaissance vehicles, and carried out full processing of equipment, weapons, and objects in the zone of conditional contamination.

In turn, the servicemen of engineering, artillery, and missile units passed the standards for putting on a combined-arms protective kit and for carrying out special processing of small arms.

More than 1,000 servicemen and about 50 pieces of military equipment took part in the exercises. Their results were highly appreciated by the leadership of the corps, the head of the information support department of the press service of the Western Military District for the Baltic Fleet, Captain 1st Rank Roman Martov, told the Military-Industrial Courier.