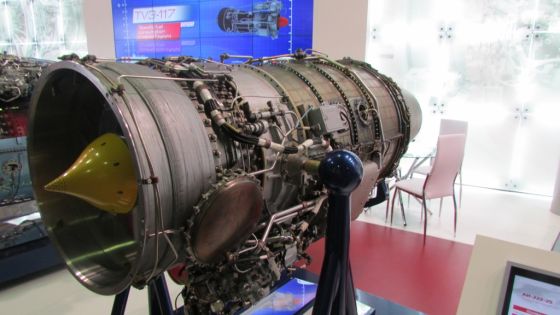 Modernization of the AI-222-25 engine is aimed at increasing the resource characteristics, increasing its reliability

MOSCOW, March 22. /TASS/. A sample of the upgraded AI-222-25 engine for the Yak-130 will be ready by mid-2021, and it will be tested by the end of the year. This was reported to journalists by the head of the Salyut production complex (part of the UEC is part of Rostec) Alexey Gromov.

According to him, now the company's specialists are working to improve the reliability of the hot part, the turbine, the combustion chamber, the compressor part to increase efficiency and improve operational characteristics. "It is very important that such an engine, which is the main power plant for training our pilots, is extremely reliable and as easy to operate as possible," Gromov stressed.

By the end of the year, the first results of the engine modernization should be received. "By the middle of the year, we will have finalized all the details in order to put them on the engine, and start technological tests in order to confirm the characteristics," the head of the enterprise said.

He also noted that the modernization of the AI-222-25 engine is aimed at increasing the resource characteristics, increasing its reliability and further improvement, taking into account the needs of operating organizations.

AI-222-25 - dual-circuit turbojet engine, used in the Russian combat training aircraft Yak-130. The product is equipped with an electronic digital automatic control and monitoring system (FADEC). The technical characteristics of the power plant allow you to use the Yak-130 not only for training, but also for combat purposes. Since 2015, the AI-222-25 has been manufactured entirely from Russian parts and components in Moscow at the Salyut production complex of the United Engine Corporation.

The Russian Defense Ministry and foreign customers have more than 400 such units in operation as part of the Yak-130.

The rights to this material belong to ТАСС
The material is placed by the copyright holder in the public domain
Страны
Россия
Продукция
АИ-222
Як-130
Компании
Минoбороны РФ
ОДК УК
Проекты
Военные учения
Do you want to leave a comment? Register and/or Log in
Log in via Facebook
In Japan, the upgraded "Pantsir-S1M" was evaluated
The National Interest (США): российский танк Т-80 — это не шутка
The Permanent Representative of the Russian Federation to international organizations in Vienna Ulyanov called the refusal of AUKUS to provide data on the union abnormal
Новый «стратег» исправит проблемы российских бомбардировщиков
"Калашников" создаст на базе АК-308 автомат нового поколения
Победа СССР без единого выстрела. Почему США свернули проект «Валькирия»
Turkish air defense was considered capable of surpassing the S-400
Как российскому автопрому обрести больше свободы от импорта
The Russian "Flex-C" was called an analogue of the Polish complex
The United States agrees with Stoltenberg on the inadmissibility of Russia's influence in the issue of NATO expansion
Tank killer: the work of the PTKM-1R anti-roof mine was shown on video
Korean aircraft carrier "won back" funding
Шойгу счел необходимым построить в России еще несколько крупных городов
Putin signed the law on the powers of Roscosmos in the field of infrastructure construction
Network-centric wars. In the Russian Federation conducted exercises on a new type of combat
other topics discussed
2006-2021 © ВПК.name. All rights reserved.
When reprinting, link to ВПК.name required.
User agreement.
№ 21-PP in the register of information distributors.
18+
Website hosting: TimeWeb.