The FSMTC denied reports about the supply of bombers to Algeria 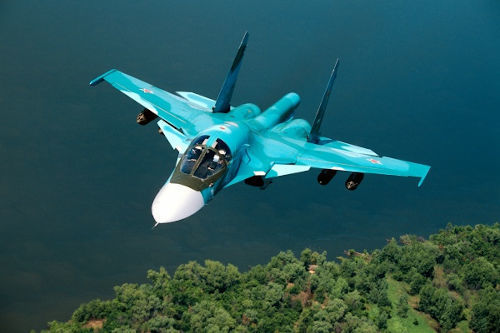 Moscow. March 15. INTERFAX-AVN - The Russian Federal Service for Military-Technical Cooperation (FSMTC) has denied information that the Russian Federation plans to supply Algeria with Su-32 bombers (an export version of the Su-34 bomber).

"The FSMTC of the Russian Federation does not confirm the information that appeared on the Internet that Russia allegedly plans to transfer a batch of Su-32 aircraft to the Algerian People's Democratic Republic. There is no production of aircraft in the interests of Algeria, " the press secretary of the Russian Federal Customs Service, Valeria Reshetnikova, told Interfax on Monday.

Earlier, there were reports of Russia's plans to supply Algeria with a batch of Su-32 bombers.

Last year, Dmitry Shugaev, the head of Russia's FSMTC, told Interfax that many foreign partners are interested in the export version of the Su-34 bomber and are requesting additional presentations, "but so far, unfortunately, without specifics."

In April 2018, Rostec said that the Su-34 had performed well during the military operation in Syria.

Until now, the Su-34s are supplied only to the Russian military, and serial production of the aircraft for the Russian Defense Ministry began in April 2005.

The Su-34 was developed by Sukhoi. The aircraft is designed to destroy both ground and water objects of the enemy, and is capable of hitting moving targets, even small ones. The aircraft also has the ability to destroy air targets at any time of the day under all possible meteorological conditions.

The Su-34 uses long-range air-to-surface and air-to-air guided weapons with multi-channel applications. It is equipped with a highly intelligent radar counteraction and defense system.