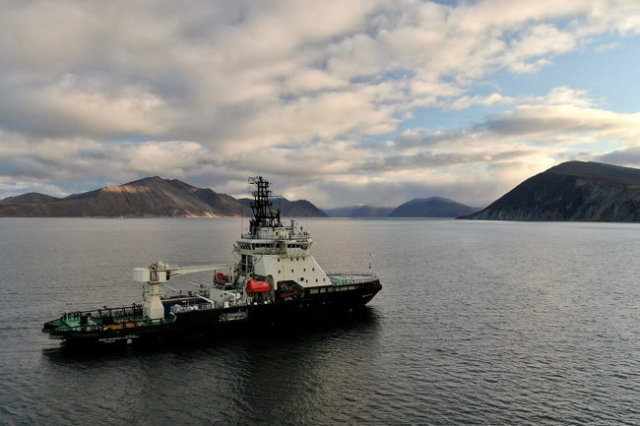 The expedition, which consists of several stages and will last until September of this year, will search for the ships and vessels of the Northern Fleet and the Allies that died during the Second World War, primarily from the infamous Arctic convoy PQ-17. This was reported by the press service of the Northern Fleet. In addition, specialists will be engaged in surveying the bottom relief and collecting hydrometeorological information. This information is necessary to clarify the current guidelines and navigational charts.

Well-known historians and authors of books Miroslav Morozov, Andrey Kuznetsov and Igor Borisenko acted as scientific consultants. But they believe that it is not worth waiting for sensations: there is not much information from the military reports of that period, but the experience will be useful for further work.

By the way, since 2018, the Northern Fleet together with the Russian Geographical Society has participated in several expeditions in the Arctic, the Barents Sea and the White Sea. And in 2019, the expedition received the national award "Crystal Compass".

The rights to this material belong to Российская газета
The material is placed by the copyright holder in the public domain
Страны
Россия
Проекты
21180
23120 Эльбрус
Арктика
СФ
Do you want to leave a comment? Register and/or Log in
Log in via Facebook
The Permanent Representative of the Russian Federation to international organizations in Vienna Ulyanov called the refusal of AUKUS to provide data on the union abnormal
In the USA, they were surprised by the size of the Su-75
The United States agrees with Stoltenberg on the inadmissibility of Russia's influence in the issue of NATO expansion
In the USA, it was proposed to ban "Solntsepeki" and "Pinocchio"
Putin signed the law on the powers of Roscosmos in the field of infrastructure construction
Korean aircraft carrier "won back" funding
Конфликты: Йемен - "забытая" война
The National Interest (США): российский танк Т-80 — это не шутка
Russia will offer India the technology of the Octopus tank
Шойгу счел необходимым построить в России еще несколько крупных городов
The State Duma appreciated the idea of banning the sale of grenades after the shooting at the MFC in Moscow
British military demanded $1.1 million for stuttering after Estonian frosts
Sasapost (Египет): американцы создают самый мощный лазер в истории. Что это значит?
Tank killer: the work of the PTKM-1R anti-roof mine was shown on video
Корпорация "Иркут" до конца 2018 года поставит ВКС РФ более 30 истребителей Су-30СМ
other topics discussed
2006-2021 © ВПК.name. All rights reserved.
When reprinting, link to ВПК.name required.
User agreement.
№ 21-PP in the register of information distributors.
18+
Website hosting: TimeWeb.