Americans will test an optional manned flying crane in 2022 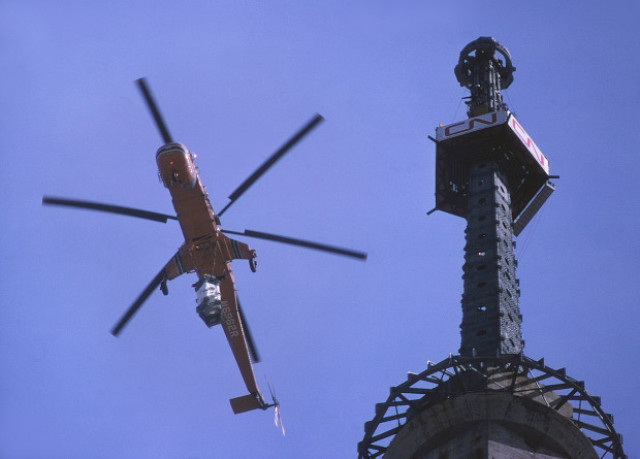 The American company Erickson in 2022 will begin flight tests of an optional manned version of the S-64F+ Air Crane heavy transport helicopter. According to AINonline, flight tests of the machine are planned to be completed within two years, and from 2024 to start delivering the first S-64F+ to customers. Erickson intends to offer the new helicopter to both private companies and the military.

The S-64 Skycrane helicopter was developed by the American company Sikorsky in the second half of the 1950s. The first flight of the machine, nicknamed "flying crane", made in 1962. The S-64 is capable of reaching speeds of up to 240 kilometers per hour and flying at a distance of up to 370 kilometers. It is 26.9 meters long. The diameter of its propeller is 21.9 meters.

The machine is equipped with a hydraulic winch and can carry large-sized loads weighing up to nine tons on an external suspension. The helicopter can be equipped with various additional equipment, including water hoses and water tanks.

The S-64F+ has been under development since 2016. The helicopter received fully composite main rotor blades and new turboshaft engines with an electronic-digital control system with full responsibility. The machine is also equipped with the Matrix system from Sikorsky, which allows you to implement three flight modes: manned, piloted with support and unmanned.

Thanks to technical improvements, the helicopter's payload capacity at 25 degrees Celsius and at an altitude of 2.4 thousand meters was increased by 343 kilograms. The machine is capable of carrying loads weighing up to 11.3 tons on an external suspension. The rate of climb of the machine at the maximum take-off weight and at an altitude of 610 meters increased from 396 to 670 meters per minute. These characteristics are planned to be improved by installing new more powerful engines.

Erickson plans to offer the S-64F + helicopters in two main variants: new-build vehicles and retrofit kits for existing helicopters. In addition, customers will be able to purchase S-64F+, assembled on the basis of the hulls of CH-54 heavy transport helicopters (under this designation in the 1960s, S-64s were produced for the US Army). These helicopters were purchased by Erickson from the US Army after the end of the Vietnam War.