The source spoke about the unprecedented capabilities of " Armata" 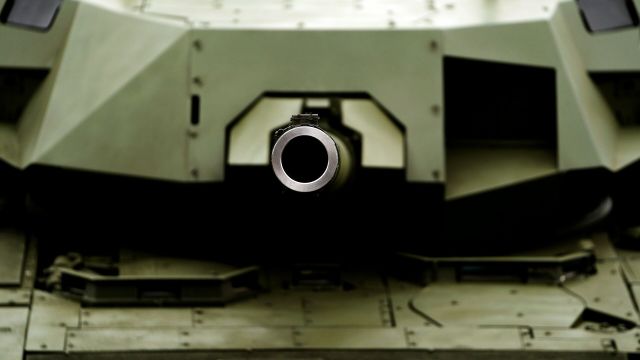 MOSCOW, 25 Feb-RIA Novosti. The fire control system of the T-14 Armata tank for the first time in the history of tank construction showed the ability to find, recognize and escort targets on the battlefield without the participation of the crew, a source in the military-industrial complex told RIA Novosti.

At the same time, the interlocutor of the agency stressed, the decision to defeat is still made by the person-the commander of the car. In other models of armored vehicles, including foreign tanks, today there is only an automatic target tracking, assuming that the crew finds and selects the object to be escorted manually.

"The Armata fire control system has a digital catalog with signatures of typical battlefield targets, including tanks, BPM, helicopters, etc. Elements of artificial intelligence allow the on-board computing means of the machine to independently search for targets against the background of a complex underlying surface, recognize them, including by the part of the object visible from behind the shelter, conduct selection by priority and take them on escort, " the source said.

One of the stages of testing the tank's SUO, the agency interlocutor noted, was held at the stand with the help of mathematical models and semi-natural models of targets, including photo-contrast images and thermal radiation simulators.

"Tests were also conducted at the test site, where samples of Russian armored vehicles were used as search objects for Armata. According to the results of all stages, the compliance of the system's effectiveness with the declared combat characteristics was confirmed, " the source added.

The source also clarified that the T-14 uses a combined sight operating in the visible and infrared ranges to search and capture targets.

The press service of the Uralvagonzavod concern (part of Rostec) confirmed to RIA Novosti that the tests of the Armata SUO in automatic mode with independent search and capture of targets are really taking place, but did not specify other details.

The main T-14 tank was developed in the Ural Design Bureau of Transport Engineering (part of the UVZ). The creation of the machine began in early 2010, the first prototype of the tank was built in 2013. For the first time, Armata-based armored vehicles were presented to the general public in 2015 at the Victory Parade — on May 9, several T-14 Armata and T-15 BPM tanks passed through Red Square in Moscow.

Now the state tests of the T-14 tank are continuing. It is planned to adopt it this year.