In Zelenodolsk, the 13th serial special purpose boat of the project 21980 "Grachonok" was laid down" 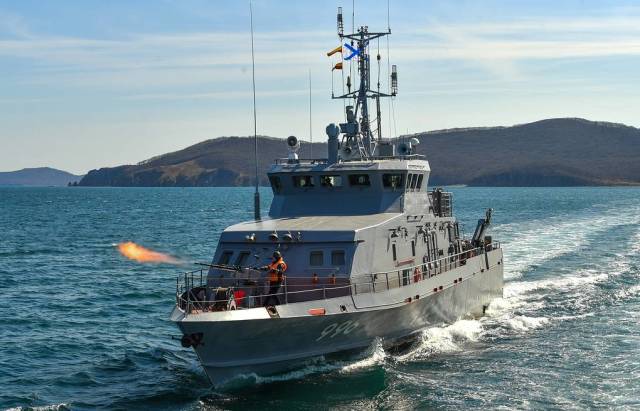 The solemn event was attended by the head of the Shipbuilding Department of the Main Command of the Navy, Captain 1st Rank Ilyas Shigapov, who, on behalf of the Commander-in-Chief of the Russian Navy, Admiral Nikolai Evmenov, congratulated the Zelenodolsk shipbuilders on the laying of the next modern boat and expressed confidence that the company will continue to build reliable warships and boats for the Russian Navy.

Special purpose boats of the project 21980 have been built at the enterprise since 2008. To date, the plant has already handed over 10 units of this project to the state customer. Laid down on February 19, 2021, the boat was the thirteenth in the series.

According to the developer, the special purpose boats of the project 21980 are designed to protect the water areas of the naval bases of the Russian Navy. Modern equipment and high seaworthiness characteristics allow them to solve a wide range of tasks typical of ships of much larger displacement.

The boats of this project are equipped with modern electronic weapons. Diving equipment is available on board the boats.

As part of the solemn event, the employees of the plant who made a significant contribution to the construction and delivery of ships and vessels for the Russian Navy were awarded.

In the final part of the event, the guests were granted the honorary right to install a commemorative mortgage Board for the new boats, the Department of information and mass communications of the Russian defense Ministry.