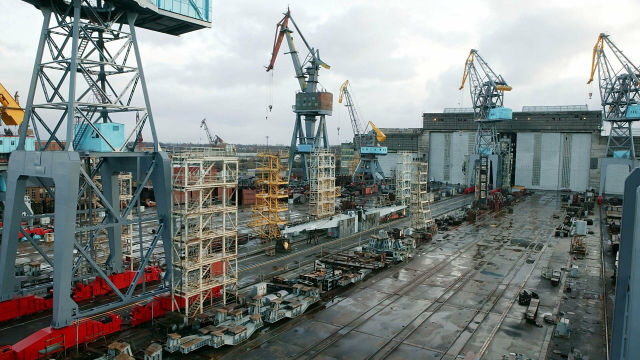 "The third and fourth ships of this project are currently under construction, the delivery date is 2023-2024," Samarin said.

He stressed that the second pair of BDK will be built according to the modernized project.

"They have increased the amphibious capacity and the workload of equipment. Displacement is increased by 30-40%, with a slightly different layout, the add-in is a little different. The helicopter deck will be enlarged, it will have two hangars for the simultaneous deployment of at least two helicopters, " the general director said.

Currently, the Russian Navy has two ships of this project, "Ivan Gren" and "Pyotr Morgunov", which were transferred to the fleet in 2018 and 2020, respectively.