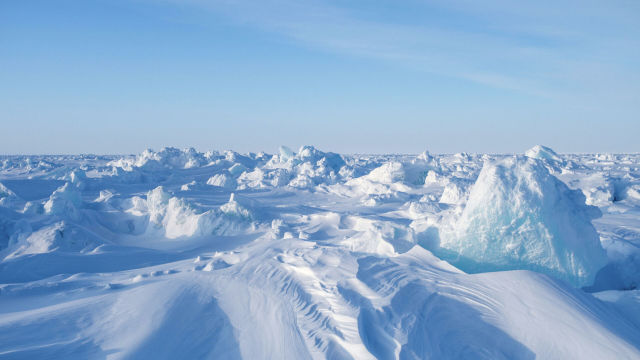 Scientists of the Ministry of Emergency Situations of Russia will create for the first time a mobile complex for work in the zone of radiation pollution, as well as a special "field camp" for conducting search operations at low Arctic temperatures. All this is in the plans of the research activities of the Ministry of Emergency Situations for the next couple of years.

According to the scientists of the State Research Institute of Emergency Situations, the leading institute of the Ministry of Emergency Situations, the need to create an airmobile quick-deployable life support complex for rescuers is dictated by the rapid development of our mining industry in the Arctic zone. Along the Arctic coast, new ports are also emerging to provide shipping services. As the population increases, so do the risks. And the temperatures in those parts are up to fifty. At the same time, it is even temporarily impossible for our rescuers to buy winter "field camps"somewhere. In the military units of the NATO countries there are similar things, but they provide performance at temperatures not lower than -30 C and wind speeds up to 15 m/s.

For the scientists of the Ministry of Emergency Situations, the task is much more difficult. Conditional titled "Aerolaser-Arctic."

"The novelty of the development lies in the fact that for the first time a complex (field camp) will be created, providing full autonomy and vital activity of rescuers and the population in adverse, harsh climatic conditions at temperatures from -50 to +50 C, and at wind speeds of up to 25 m/s," the press service of the institute reported.

Scientists will also have to develop the first mobile engineering road complex for the analysis of debris in the conditions of chemical and radiation pollution. The new product will be called "Dorozhnik". It will be developed on the basis of a modern wheeled tractor chassis and for the first time will be equipped with quick-release armor based on Kevlar. It must also have a modern chemical protection system, equipment for clearing debris and laying tracks.

Those samples of engineering equipment that are available to the Ministry of Emergency Situations were created 20 years ago and now do not fully meet the entire range of tasks that sometimes have to be performed. For example, the tragedy at the Japanese nuclear power plant Fukushima, where Russian rescuers also participated in the elimination of the consequences, showed the need to create new models of equipment.

"Dorozhnik", which will have a multifunctional high-tech reservation and removable protection against radioactive radiation, can be transported by all types of transport, including on IL-76 aircraft," the Ministry of Emergency Situations said.