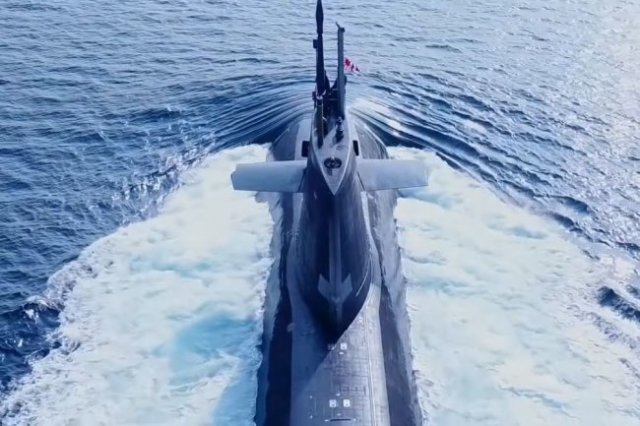 The Soryu submarine of the Japan Self-Defense Forces after colliding with a merchant ship. Photo: Japan Coast Guard pic.twitter.com/wqqVzYssBF

The Japanese Coast Guard has released a photo of the SS501 Soryu submarine, which was damaged after a collision with a bulk carrier off the coast of Kochi Prefecture.

The accident occurred on February 8 in the Pacific Ocean near the island of Shikoku. The submarine during the ascent crashed into a civilian vessel intended for the transportation of bulk cargo. The ship suffered damage to the light hull and the wheelhouse fence, and three crew members were injured, Kyodo reports. There is no information about the victims and damage on the bulk carrier.

Japanese Prime Minister Yoshihide Suga ordered to ensure the safety of the civilian vessel and inform the public about the development of the situation. Judging by the published photo, the damage to the submarine is not critical: the light hull was damaged, one of the horizontal rudders was broken.

The Soryu submarine is the lead ship of the eponymous series of 12 submarines equipped with an air-independent power plant. The 4,200-ton submarine is armed with Harpoon torpedoes and cruise missiles.