The fleet will receive a universal " fly swatter» 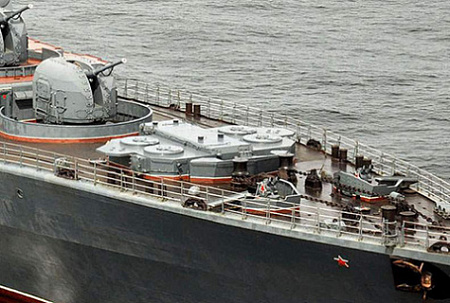 Short-range air defense to be upgraded

The Tor-M2 anti-aircraft missile system will become interspecific, learn to swim and see targets twice as well. According to Fanil Ziyatdinov, General Director of the Kupol IEMZ (part of the Almaz-Antey Concern of the East Kazakhstan Region), work on the marine – ship – version of the short-range system is already underway.

According to the head of the "Dome", now work is underway to modernize the complex as a whole, as well as its key components and devices. In particular, more advanced phased array antennas, passive detectors, calculators, etc. are being developed. A large block of work is aimed at switching to a modern element base, this is generally a continuous process, he explained.

The Tor air defense system is one of the unique developments of our defense industry. It was created in the late 70s of the last century at the Moscow Research Electromechanical Institute (NIEMI). The name "Thor" comes not from the name of the Norse god, but from a geometric figure resembling a bagel. If you look at the work of the anti-aircraft missile system, it really creates a geometric figure around itself and the defended objects, akin to a confectionery product.

In the spring of 1986, the complex was put into service. "Tor" is designed to solve the tasks of air and missile defense at the level of the divisional level. The system can be used to protect important administrative, economic and military facilities, as well as the first echelons of ground formations from anti-radar and cruise missile attacks. At the same time, the SAM can control the airspace itself and automatically shoot down all air targets that are not recognized by the "friend-foe"system. The complex consists of 16 vertical-launch anti-aircraft missiles with a range of up to 12 km and an altitude range of up to 10 km. The upgraded locator is able to detect aircraft created using the technology of reducing radar visibility: planes, helicopters, cruise missiles, as well as high-precision ammunition and aerial bombs.

During the military operation, the SAM was repeatedly upgraded. Its most advanced version carries the index "M2". In this configuration, the installation has repeatedly participated in parades on Red Square, and is serially supplied by the Ministry of Defense. In 2019, the military department signed a contract for 100 billion rubles for the supply of Tor-M2 . According to the head of the military air defense of the Armed Forces, Lieutenant General Alexander Leonov, the Tor-M2 systems will be delivered to the Russian troops until 2027.

Currently, the "Tor-M2" is placed on a tracked chassis, which is due to the need to act as part of the attacking or defending motorized rifle or armored units. In 2019 in the presence of President Vladimir Putin, the defense Ministry and the plant "Kupol" signed a contract for the supply of the Arctic variant of SAM, created on the basis of two-tracked Transporter DT-30 production company "Uralvagonzavod" (included in rostec). SAM combat vehicles have a unique cross-country ability, can overcome ditches, swim, and do not lose their performance in more than 50-degree frost. Their ammunition capacity is 16 missiles. They have the ability to hit targets a few seconds after they are detected. The complex provides a successful solution to combat tasks in any situation, including in the conditions of active electronic counteraction.

At the Army-2020 exhibition, the Kalashnikov Concern presented its vision for the further development of the Tor-M2 air defense system line. The company introduced a special body-mounted wheeled chassis SKKSH-586. It is produced by the Mytishchi Machine-Building Plant. The peculiarity of the machine is that it is created using aluminum alloys that provide bullet and explosion protection without additional attachments. All this makes it possible to use the useful volume more efficiently and reduce the final weight of the product. Having a high cross-country ability, the SKKSH-586 is able to swim through water obstacles by using two water-jet propellers. The chassis is equipped with a hydro-mechanical automatic transmission, on-board information and control system, main and backup power sources, as well as heating, ventilation, air conditioning and video surveillance systems.

The naval version of the Tor-M2, which is described by the head of the Dome, Fanil Ziyatdinov, already exists. This is a short-range 3K95 "Dagger" anti-aircraft missile system. Since 1989, it has been installed on ships with a displacement of more than 800 tons. Currently, he is avanessa the cruiser "Admiral Kuznetsov" – 24 installation on heavy nuclear missile cruisers of project 1144 "Peter the Great" and "Admiral Nakhimov" – 16 launchers, large anti-submarine ships of project 1155 – 8 set, the patrol project 11540 – installation. Up to eight anti-aircraft missiles are placed on each turret-type launcher.

It can be assumed that the new sea version of the "Tor-M2" will receive the same characteristics as its most recent land version. The only difficulty in "omoryachivaniye" – the creation of an additional radar illumination in the target designation system, thanks to which it is possible to avoid the "glare" of the radio signal from the waves. In the 1990s, this task was brilliantly solved by the Moscow NGO Altair. If we take into account that this year the tests of the modernized cruiser Admiral Nakhimov begin, then we can assume that it will become the first carrier of the new marine Tor-M2 .

Most likely, the revolver launchers can be replaced with "cellular" ones. They will speed up the reaction time of the complex to hit the target, they can also accommodate significantly more anti-aircraft missiles and use different types of strike weapons. For example, as noted at the IEMZ "Dome", these can be" mini-machines " specially designed to defeat small-sized tactical unmanned aerial vehicles.