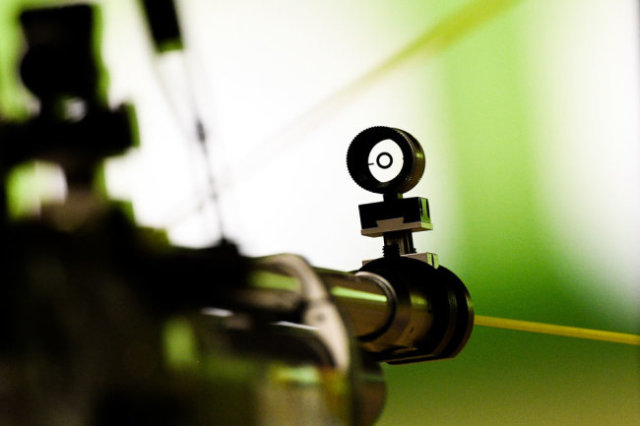 The acoustic non-contact target complex, which increases the effectiveness of shooting training and the accuracy of fire correction, was created by the Techmash concern. It has no analogues in Russia.

The development analyzes the speed and trajectory of a bullet or projectile and transmits the data to a computer screen. This is reported by the press service of the state Corporation "Rostec". The complex is designed for the use of small arms with a caliber of 5.45 to 12.7 mm and 30 mm shells. It is able to record the results of shooting at a speed of up to 200 shots per second. When firing in bursts, the system calculates the average hit point.

In contrast to the existing developments, the "smart" target supports wireless communication between the sensors and the operator at a distance of 1 kilometer. The shooting results become available almost immediately, so you can adjust the hit by focusing on them. Rostec believes that this development should be of interest to athletes and the military, as it increases the convenience and efficiency of training. In the future, it is planned to increase the mobility of the complex so that it can be used in various conditions.