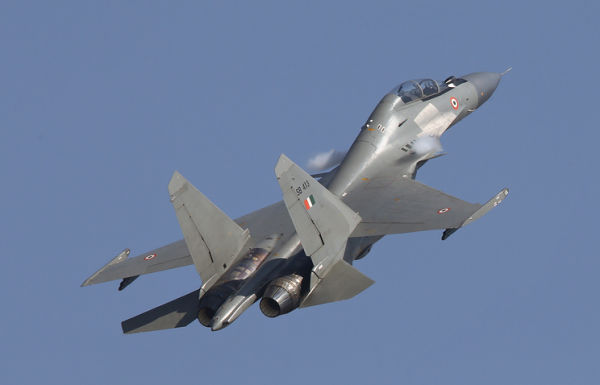 The head of the Rosoboronexport delegation, Sergey Kornev, said that the Russian side is ready to offer India a modern modernization package

BANGALORE, February 3. /TASS/. The project of modernization of multi-purpose combat aircraft Su-30MKI, which are in service with the Indian Air Force (Air Force), is under discussion. This was announced at the Aero India 2021 exhibition by the head of the delegation of Rosoboronexport JSC (part of the Rostec State Corporation") Sergey Kornev.

"The project is under discussion, and the Russian side is ready to offer India a modern modernization package," Kornev said.

"Given the long-term experience of joint work and the unique degree of cooperation between the industry of our countries for the world market, we believe that Indian enterprises will express a desire to participate in the modernization of the Su-30MKI fighters assembled at the facilities of HAL Corporation (Hindustan Aeronautics Limited)," he added.

India is the world's largest operator of export-oriented multi-purpose Su-30MKI combat aircraft and has repeatedly expressed its intention to carry out their large-scale modernization. The corresponding project received the designation Super Sukhoi in the Indian media. It is expected that it will significantly increase the combat capabilities of the Indian Air Force.