In the Moscow region, a wing caisson made of Russian composite materials will be tested 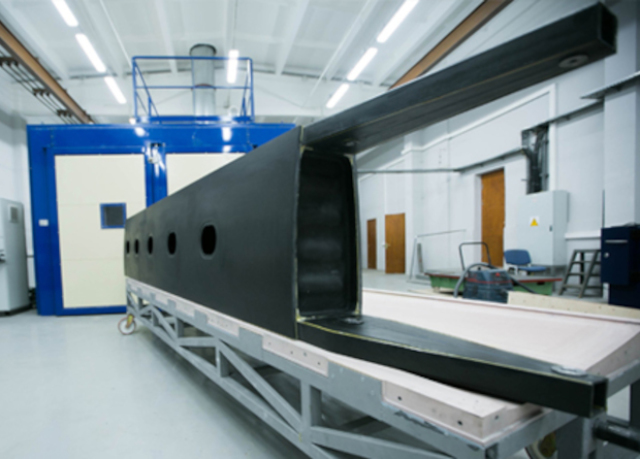 Specialists of the Zhukovsky Central Aerohydrodynamic Institute near Moscow have developed and manufactured a wing caisson demonstrator for a promising light passenger aircraft. According to the report of the institute, received by the editorial office of N + 1, the wing caisson is made of Russian composite materials. The strength tests of the element are planned to be carried out during 2021.

For a long time, the Russian aviation industry purchased polymers used as a binder in carbon fiber structures abroad. All production processes and technologies for manufacturing composite parts were designed for imported materials. Currently, Russia is subject to sanctions, as a result of which the country is prohibited from supplying, in particular, American polymers.

The development of our own polymer binders for composite materials has been underway in Russia since the beginning of 2019. The work is partially supported by the Russian large-scale import substitution program. Read more about the development and production of carbon fiber in Russia in our partner material "Carbon Fiber has connected us" .

The creation of the wing caisson and other composite parts is being commissioned by the Ministry of Industry and Trade of Russia as part of the MA 19-20 project. In addition to TsAGI, the Chaplygin Siberian Research Institute of Aviation is also involved in the project. To date, experts have already produced about 400 thematic and structurally similar samples of aircraft composite elements to determine the strength characteristics.

The wing caisson includes composite spars, ribs, and three-layer skin panels. In the design, the developers abandoned the mechanical fasteners, replacing them with adhesive joints. The spars were made by autoclave molding, and the remaining elements were made by vacuum infusion technology.

In 2017, the Siberian Research Institute of Aviation named after Chaplygin conducted flight tests of the all-composite light aircraft TVS-2DTS. The first flight of the aircraft took place at the Yeltsovka airfield in Novosibirsk. In the prototype of the TVS-2DTS, the airframe is almost entirely made of carbon fiber. This solution allows you to significantly reduce the weight of the aircraft, improving some of its flight characteristics.