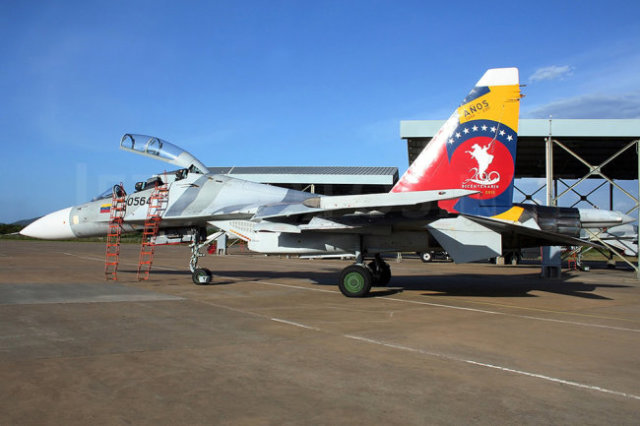 The Venezuelan Air Force has become the strongest in Latin America due to the use of Russian Su-30MK2 multi-purpose fighters and S-300VM anti-aircraft missile systems, writes Military Watch magazine.

The basis of the fleet of combat aircraft of this Latin American country is 23 Su - 30MK2 fighters of the 4+ generation, equipped with R-77 air-to-air missiles with active radar homing heads, R-27ER extended-range missiles, as well as X-31 cruise missiles. The machines are equipped with a modern radar system, and in terms of maneuverability, range and payload, they are among the best fighters in service with the Air Forces of Venezuela, Chile, Peru, Cuba and Brazil.

The combat potential of the Venezuelan Air Force is complemented by the most powerful air defense system in Latin America, which is armed with the Russian medium-range anti-aircraft missile system Buk-M2 and the S-300VM air defense system with a range of up to 250 kilometers.

Another Latin American country that is armed with Soviet and Russian aircraft of the fourth generation is Peru. A squadron of 19 MiG-29s equipped with modern avionics and armed with R-27 and R-77 air-to-air missiles has been created here. As attack aircraft, the Peruvian pilots use 18" flying tanks " Su-25.

- The MiG-29 is one of the most maneuverable fighters ever created. When equipped with a modern radar and the P-77, it becomes just as dangerous at long distances as at short ones, " writes Military Watch.

The authors of the magazine also note the high combat training of the pilots of the Chilean Air Force, the basis of which is the American F-16A and F-16C aircraft, and write about the lag of Cuba in equipping its army with modern fighters. Cuba still has an impressive air force, but its technical condition leaves much to be desired.