Deters NATO: in China, the Russian missile "Sarmat" was evaluated" 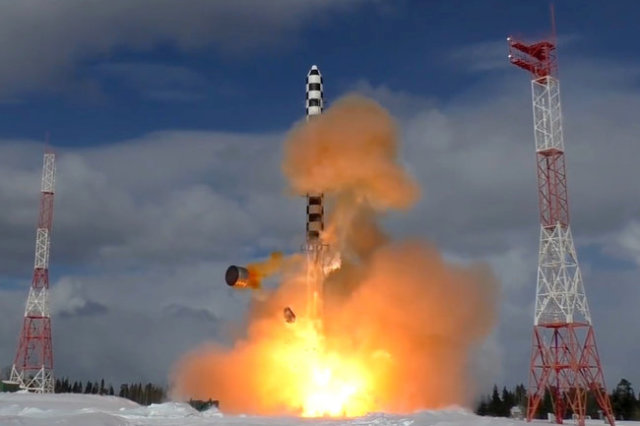 Each test launch of the RS-28 Sarmat attracts the attention of many countries. The reason is justified - the power of the latest generation of Russian intercontinental ballistic missiles (ICBMs) is unprecedented. The United States in the near future is unlikely to be able to come up with anything to respond to this threat, writes the Chinese publication Sina.

The striking power of the Sarmat is incredible. The ICBM can carry hypersonic warheads. The firing range of the missile is at least 10 thousand kilometers.

- The US military said that it can only be intercepted by 500 missiles, so it provides a nuclear deterrent to NATO, - quotes an excerpt from the publication of the portal "InoSMI".

- Such a force made the United States bite its tongue. Even if the most powerful American missile defense system is used, it will not bring much effect, since it is almost impossible to intercept the RS-28 that has risen into the air, " the author of the material writes.

The Sarmat uses the most advanced liquid-propellant rocket engines. Solid-fuel engines are considered more advanced, but Russia has sufficient experience in the development and maintenance of liquid engines.

It was reported that the RS-28 has two modifications, the difference in which is the range of fire and the starting mass. Both variants can carry nuclear warheads with separate guidance.

- The circular probable deflection of the rocket is about 150 meters. One "Sarmatian" is enough to completely destroy a small country. All this is even scary to think about, - concludes the author of the article.