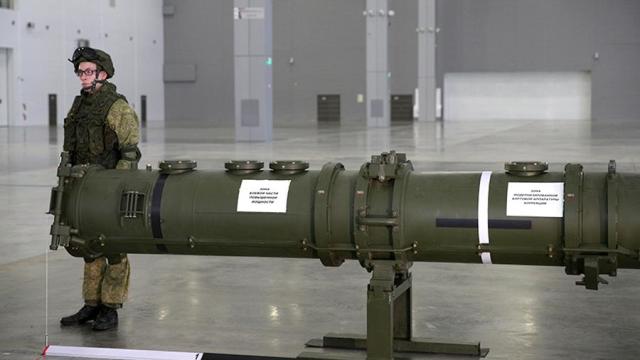 Russia is ready for a dialogue with the United States on intermediate-range and shorter-range missiles, if the administration of American President Joe Biden is interested in finding solutions acceptable to the parties. This was stated on January 21 by the Russian Ambassador to the United States Anatoly Antonov.

"Our initiatives are still on the table, "he said in an interview with RIA Novosti.

According to the diplomat, Moscow is fully aware of the risks of an escalation of the missile arms race after the collapse of the Intermediate-Range Nuclear Forces Treaty (INF Treaty), which occurred due to Washington's fault.

As Antonov recalled, Russia has been observing its unilateral commitment not to deploy medium-and shorter-range ground-based missiles in the regions of the world for almost a year.

"As long as the INF of American production does not appear on the territory of other countries. We suggested that the United States and its NATO partners take a similar step, " Antonov said, noting that Washington rejected Moscow's initiative to introduce counter-moratoriums.

"For our part, we are doing everything possible to prevent the development of events in the worst-case scenario. So, in October, Russian President Vladimir Putin made new proposals to stabilize the situation in the "world without the INF Treaty," the ambassador recalled.

In October, Putin proposed extending the offensive arms reduction treaty, which is important for global stability, for at least a year without additional conditions. The US then refused this offer.

In November, the Russian leader noted that the risks and threats in the military-political field in East Asia have increased after Washington's withdrawal from the INF Treaty. The document was signed by the USSR and the United States in 1987, it prohibited both countries from producing and deploying intermediate-range and shorter-range ballistic and cruise missiles.