Al Araby: Withdrawal from the Open Skies Treaty. What will happen next? 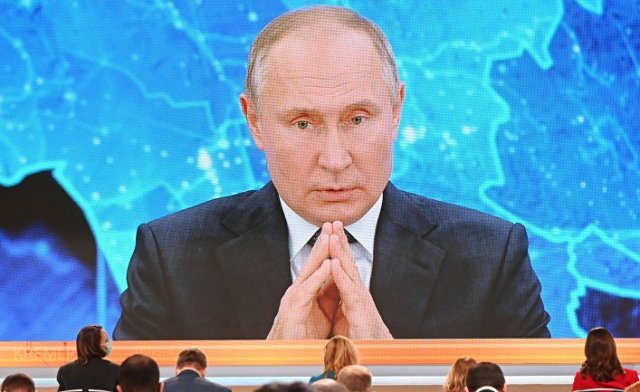 According to the author, relations between Russia and the United States have reached a dangerous point after Moscow, following Washington, announced its withdrawal from the Open Skies Treaty. What this step gives the two countries and why we should expect consequences for the whole world — in the article Al Araby Al Jadeed.

The decision of the United States and Russia to withdraw from the Open Skies Treaty (DON) has caused surprise to the world community, as it is irrefutable proof that distrust between the two states has reached a level unprecedented in modern history. The Open Skies Treaty, which was signed in 1992 and ratified only in 2002, has been signed by 34 States. It provides for the free flight of unarmed reconnaissance aircraft in the airspace of the signatory countries in order to monitor military activities, collect information about them, and monitor compliance with existing arms control treaties. The purpose of the treaty is to promote confidence-building and mutual understanding among the signatory States in order to preserve global security and stability.

The decision to withdraw from the aforementioned agreement was made after the United States and Russia withdrew from two nuclear treaties that limited the number of strategic nuclear weapons of both countries and contributed to the creation of a positive atmosphere that led to the end of the nuclear arms race. The Treaty on the Elimination of Intermediate-Range and Shorter-Range Missiles (INF), concluded between the United States and the Soviet Union on December 8, 1987, prohibited the production and deployment of ground-based nuclear missiles with a range of 500 to 5 thousand kilometers.

Recall that some Russian missiles could reach most European cities. The Treaty between the United States and Russia on Measures for the Further Reduction and Limitation of Strategic Offensive Arms (START-III) was signed in April 2010 and entered into force on February 5, 2011. The contract was designed for 10 years with a possible extension by mutual agreement of the parties. The treaty provided for the reduction of deployed nuclear warheads to 1,550 units, intercontinental ballistic missiles, submarine-launched ballistic missiles and heavy bombers to 700 units, and the number of launchers and heavy bombers to 800 units. The withdrawal from both treaties occurred against the background of mutual accusations of violating the INF Treaty and refusing to extend START III.

The United States withdrew from the INF on February 14, 2019, and Russia decided to withdraw from the treaty on August 2, 2019. START III expired after the parties failed to agree on its extension or agree on alternatives. All this caused great concern in light of the Kremlin's promises to "restore the balance of power" and led experts to expect that after the withdrawal from the treaties, Russia will begin to deploy medium-range missile launchers GLCM and RS-26 "Rubezh" to negate the superiority of NATO. Russia is afraid, given the deplorable state of its armed forces, to be defeated in any land war using conventional weapons. It will start producing low-power nuclear warheads, which will lead to limited use of nuclear weapons.

On February 6, 2020, Russian President Vladimir Putin approved the Fundamentals of the State Policy in the Field of Nuclear Deterrence. It expanded the scope of use of nuclear weapons by defining a broad list of actions of a "potential enemy" that may require the implementation of nuclear deterrence, including the deployment by a "potential enemy" on the territories of other States of offensive means (cruise and ballistic missiles of medium and short range, hypersonic aircraft, attack drones), directed energy weapons, missile defense, nuclear missile strike warnings, nuclear weapons and (or) other weapons of mass destruction that can be used against Russia and (or) its allies. It also states that Russia reserves the right to use nuclear weapons in response to the use of nuclear weapons and other weapons of mass destruction against it and (or) its allies, as well as in the case of aggression against Russia with the use of conventional weapons, when the very existence of the State is threatened.

Tensions in US-Russian relations have increased amid mutual accusations of non-compliance with the Treaty on the Elimination of Intermediate-range and Shorter-Range Missiles (INF). Moscow expressed indignation that the treaty is beneficial only to the United States and NATO, in whose hands a large number of naval and air bases are concentrated, while its hands are tied. Russia borders countries such as China, which has deployed intermediate-range ballistic missiles, intercontinental ballistic missiles, and surface-to-air missiles that threaten the country's security. In 2007, Russian President Vladimir Putin and former Defense Minister Sergei Ivanov threatened to withdraw from the INF " if the treaty does not become a global agreement to deter other states." In 2008, Russia violated the terms of the treaty when it developed and introduced the 9M729 cruise missiles (in the NATO classification SSC-X-8 or SSC-8). In 2014, the Russian authorities refused to discuss violations of the terms of the treaty with the administration of US President Barack Obama. In 2015, they created a new type of armed forces - the Aerospace Forces (VKS). In July 2015, Russia sent a navy, including a nuclear-powered icebreaker, to the Arctic to strengthen its military presence. Its goal is to provide Russian merchant and warships with unrestricted access to the Atlantic and Pacific Oceans and to provide access to energy resources in the Arctic region.

Russia also used a trade corridor with the countries of Northern Europe and America, claimed more than a million square kilometers of territory in the Arctic, and announced the start of production of conventional and nuclear weapons and cruise missiles. Here we are talking about an intercontinental heavy ballistic missile "Sarmat" and a hypersonic aeroballistic missile "Dagger", capable of flying 10 times faster than the speed of sound. The maximum range of the missile is more than 2 thousand kilometers. The combat missile is capable of maneuvering in all areas of the terrain along the entire flight path, which makes it unnoticed by detection means. We should also not forget about the Avangard hypersonic missile, which forms a plasma "cocoon". On February 18, 2017, Russian Foreign Minister Sergei Lavrov at the Munich Security Conference announced the need to move to a new - "post-West-centric" - world order. All this is done in the hope of convincing the United States to start negotiations on stopping the deployment of anti-missile systems in European countries and extending START III without any conditions, since Washington previously insisted on China's accession to the treaty.

The United States has not turned a blind eye to Russia's actions. In 2015, they expressed their position in the "US National Security Strategy", in which Russia and China were called" opponents " of Washington. In 2018, the United States prepared a new Nuclear Policy Review (NPR), after which it began producing low-power nuclear warheads. The document states that the current nuclear strategy and nuclear arsenal will not be able to deter Russia from two actions: the use of limited nuclear strikes to put pressure on NATO during conventional hostilities, and the use of low-power nuclear weapons to defeat NATO in the event of a conventional arms conflict, if threats are ignored.

The tension in US-Russian relations will have big consequences. First, there is the risk of a new arms race, including the militarization of outer space. Secondly, the beginning of a nuclear arms race around the world, as the nuclear-armed countries are still dissatisfied with the fact that the United States and Russia possess 90% of all nuclear weapons in the world. According to the Stockholm International Peace Research Institute (SIPRI), Washington has 5,800 nuclear warheads, Moscow - 6375, Beijing - 320, Paris - 290, and London - 215. It should be noted that other countries are also seeking to join the "nuclear club" in order to maintain the balance of nuclear deterrence. Third, the development of Russian-Chinese relations. Russia supports China in the confrontation with the United States and finances programs for the production of expensive weapons. In addition, it is necessary to keep in mind the possibility of sliding into a nuclear confrontation, since there is a temptation to use low-power nuclear weapons to achieve a quick and comprehensive victory in any military conflict.