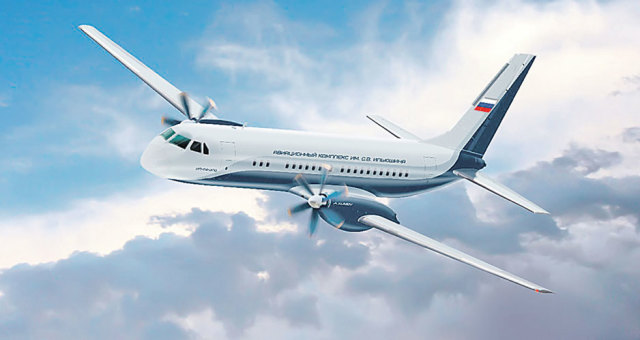 On the eve of 2021, a new Russian passenger aircraft IL-114-300 made its first flight. Completion of tests and certification is expected in 2022, and the start of serial deliveries - from 2023. It will also be used in military transport aviation. The unpretentious IL-114 and IL-112 are able to take off from airfields with short and not very high-quality runways, which is an absolute plus of the new machines.

For reindeer herders and the army

Given the low requirements of these aircraft to the level of airfield equipment, the adaptability to operation in the harsh conditions of the Far North, Siberia and the Far East, as well as due to the optimal cabin capacity, the IL-114 can become the basic machine for the development of regional transportation. And the IL-112 – to solve the problems of transferring troops and military equipment to remote areas in the shortest possible time.

To be fair, the regional passenger plane IL-114-300, which flew from the Gromov airfield in Zhukovsky, was designed in the Soviet era. Due to the collapse of the USSR, it was not put into mass production. Today, it has undergone a deep modernization. In 2022, it is planned to complete certification and start serial deliveries.

"The unpretentious IL-114 and IL-112 are able to take off from airfields with short and not very high-quality runways, which is an absolute plus of these machines ”

IL-114 is designed taking into account the peculiarities of operation in the permafrost regions and is capable of carrying at least 60 passengers. It has a commercial load of 5,400 kilograms and a practical range of 1,000 kilometers. Cruising speed-500 kilometers per hour, altitude - 6000-7200 meters. It is built according to the low-wing scheme-the wing is located at the bottom of the fuselage.

In fact, it is a multifunctional platform that can be used by installing special equipment for purely military tasks. In particular, as a radar patrol aircraft or for detecting enemy submarines. A huge advantage is the ability to operate on relatively short runways-from 1300 meters. For example, the Temp airfield on the island of Kotelny (the archipelago of the Novosibirsk Islands) has a length of 1800 meters.

The design also includes the principle of autonomy from ground-based power sources. This makes it possible to use the IL-114 in poorly equipped airports, which expands the regional geography of application.

There will be no transfer in Moscow

The IL-114 was developed in the 80s in the Ilyushin Design Bureau. This is a turboprop short-haul passenger aircraft. Serial production until 2012 was carried out at the Tashkent Aviation Production Association named after Valery Chkalov.

When developing the IL-114, the designers paid special attention to reducing the noise level, for which they developed the six-blade low-noise SV-34 propellers with a frequency and phase synchronization system. The IL-114 prototype completed its first flight on March 29, 1990, after which it passed flight and certification tests in various climatic conditions in Tashkent, Yakutsk and Arkhangelsk.

At the Tashkent Aviation Production Association, the capacity to produce one hundred aircraft a year was created, but after the collapse of the USSR, the airlines of the CIS countries did not show much interest in the IL-114, which at the end of the 90s cost about nine million dollars. For this reason, until 2012, the IL-114 was produced in small batches. 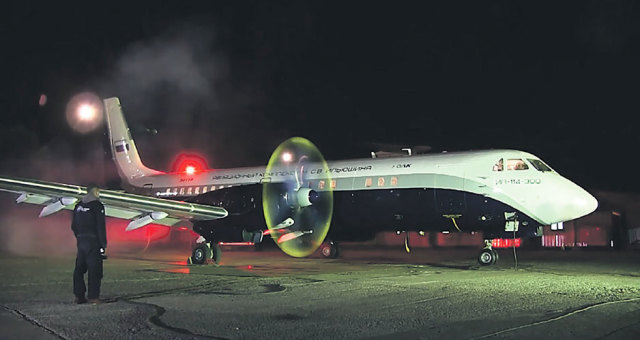 In 2014, Russian President Vladimir Putin instructed the government to consider the organization of serial production of the IL-114 aircraft in response to economic sanctions against Russia and due to the acute shortage of regional airliners. It is no secret that until today, Russians from one region to another had to fly through Moscow.

In 2016, on behalf of the government of the Russian Federation have been allocated the necessary funds for the production of Il-114 and the modernization of Il-96, as well as the development and organization of domestic production of the engine TV7-117 for the Il-114 and the development of long-term motor extra high thrust PD-35 for Il-96. After the resumption of production in Russia in 2019, the catalog cost of the IL-114-300 aircraft is 16-20 million dollars.

The IL-114 uses either Russian TV7-117C gas turbine engines developed by Klimov, or American 127H engines. Manufacturers are thus insured against possible sanctions of the Russian aircraft industry from the West. In the domestic market, preference will be given to engines of domestic production.

For customers from other countries, the aircraft can be equipped with an engine and avionics of foreign production. Lobbying by suppliers of this equipment in a fairly competitive segment of the short-haul aircraft market is not excluded. 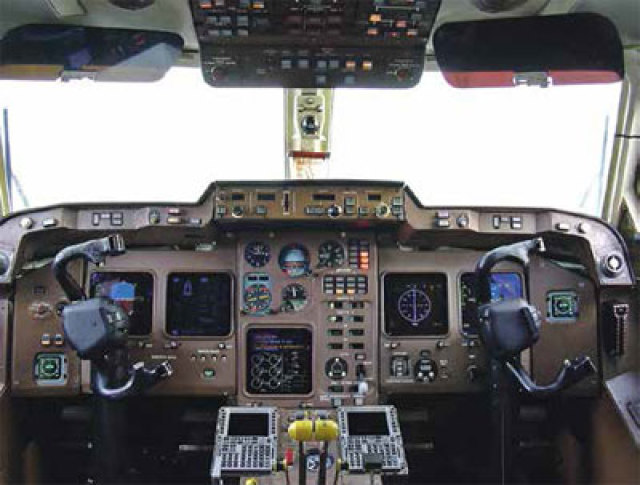 When the new Russian light turboprop military transport aircraft IL-112B, designed to transport and airdrop up to five tons of military equipment, cargo and personnel, made its first flight in Voronezh on March 30, 2019, it was clear that it could be successfully used for commercial operation. By the way, the design of the IL-112 began in the first half of the 90s in the civilian version.

In 2000, the development of the military version of the IL-112VT was resumed. In 2003, the project won the competition of the Ministry of Defense of the Russian Federation as the best light military transport. However, in August 2010, funding was suspended due to the decision to purchase AN-140 cargo modification aircraft, the construction of which was supposed to be established at the Samara "Aviakor".

As you know, their production in the Russian Federation has almost stopped due to the short supply of components from Ukraine. Already in December 2012, the commander-in-Chief of the Russian Air Force presented to Defense Minister Shoigu a justification for resuming the development of the IL-112B project, and at the end of 2013, the technical specification for this aircraft was approved.

The state contract for the completion of development work on the aircraft and the construction of three experimental machines was signed on November 14, 2014.

Almost 30 Russian enterprises and more than 50 suppliers of components were involved in the development and construction of the IL-112B. Voronezh VASO became the main manufacturer (85 percent of the aircraft construction volume). From Ulyanovsk, from the Aviastar-SP enterprise, the fuselage panels, hatches and doors arrive in Voronezh. Products and aggregates made of polymer composite materials come from CJSC Aerocomposite. As for the chassis, hydraulic cylinders and wing elements, they are developed by the Thermodynamics holding, which is part of the state corporation Rostec, the TV7-117ST engines are made at the St. Petersburg Klimov.

As part of the State Armament Program until 2025, the Ministry of Defense plans to purchase more than 20 IL-112B aircraft at the initial stage. The production capacity of the Voronezh VASO allows you to collect up to 12 Il-112V per year.

The IL-112B is a monoplane of normal aerodynamic design with a high straight wing. The fuselage consists of three sections. The cargo hatch is located in the stern. The wing is one-piece, attached to the fuselage with the help of power elements. The chassis is retractable, five-legged. The IL-112B flight and navigation equipment allows you to land at airfields that meet the minimum category II of the International Civil Aviation Organization (ICAO). A manual approach is provided for landing at airfields that are not equipped with radio equipment, including those that have a runway with a dirt surface.

The aircraft has an onboard defense system that allows you to protect yourself from air-to-air and surface-to-air missiles. The transport vehicle can also operate near the contact line with the enemy.

The cargo cabin can accommodate up to 50 personnel or 26 paratroopers with personal weapons, which also exceeds the performance of the American tiltrotor, which can move 24 paratroopers. In the conditions of the need for rapid deployment of troops and strengthening the group with air defense, electronic warfare, and the transfer of field hospitals, the IL-112 is indispensable. Its technical characteristics allow us to conclude that domestic aircraft builders have coped with the technical task of the Ministry of Defense. This means that our military transport aviation will soon be replenished with a fleet of modern Il-112.