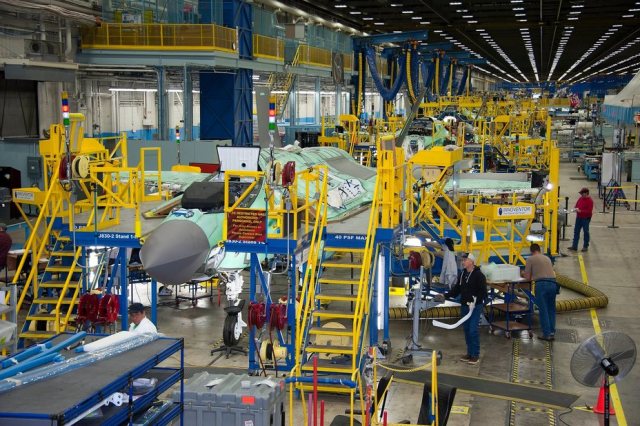 TSAMTO, January 11. The US Department of Defense decided to postpone the approval of serial production of the F-35 "Lightning-2" indefinitely, because officials responsible for the program can not say exactly when the fighter will be ready for combat tests, which have been repeatedly postponed since 2017.

According to Bloomberg, the US Undersecretary of Defense for Procurement and Support Ellen Lord canceled the previously set March 2021 deadline for the transition of the program worth $ 398 billion to the stage of serial production.

According to the press secretary of the Deputy Minister Jessica Maxwell, technical problems and the negative impact of COVID-19 delayed the preparation of the simulation center, where complex tests of the weapons systems of the most expensive aircraft in the United States will be conducted. A new date will be set based on the results of an independent technical examination. That could mean months before a new team at the Defense Department appointed by President-elect Joe Biden's administration gets all the information it needs to make a decision about mass production of the F-35.

According to the plans announced in 2017, simulated combat tests of the aircraft were to take place no later than December 2020. After testing, it will take another two to three months to collect and analyze the data, and then make a final report to the leadership of the Department of Defense and Congress, which is necessary for making a decision.

The official decision of the US Defense Ministry on mass production is for American taxpayers and foreign customers confirmation that the combat aircraft has been fully tested and recognized as suitable for dealing with the most serious threats, its effective production and maintenance system have been established.

At the moment, more than 600 of the 3,200 F-35 aircraft planned for delivery have already been delivered to customers. However, it has not yet demonstrated its effectiveness against the most sophisticated air defense systems and aircraft of Russian and Chinese design. These aspects were planned to be evaluated on a complex ground simulator located at the Naval Air Station "Patuxent River" (Maryland).

Earlier, Biden's representatives complained that Acting Defense Secretary Christopher Miller and Trump supporters around him did not hold proper briefings for the new president's transition team. According to D. Maxwell, it is possible that Biden's team will be informed about the situation with the F-35 during a briefing specifically devoted to procurement issues, which should be held in the near future. As stated, the current administration has previously provided initial information about the F-35 as part of the transfer of cases, and later additional information as part of clarifying requests.

The U.S. Department of Defense's F-35 program Office is reviewing test preparations and expects that a decision on changing the timing of simulation and mass production could be made by February 28. According to preliminary information from the office, combat tests lasting one month should take place in mid-late 2021. Despite the postponement of deadlines, the implementation of the program within the framework of small-scale production stages will continue at the established pace.

Despite this statement, the COVID-19 pandemic is still making adjustments to the pace of production. So, at the end of December 2020, Lockheed Martin Corporation reported that it could not fulfill the plan agreed at the end of 2019 for the delivery of 141 F-35 fighter jets to the US Armed Forces and their allies in 2020 due to a violation of the supply chain of components in connection with the coronavirus pandemic. In 2020, the contractor was forced to reduce the production rate due to a shortage of spare parts and eventually delivered 123 aircraft. For comparison, in 2019, the corporation produced 134 aircraft, in 2018 – 91 aircraft, in 2017-66 aircraft.

According to Jane's Defense Weekly, the 123rd aircraft in 2020 was assembled in a version of the F-35A with a normal takeoff and landing at the final assembly and verification line (FACO) in Cameri (Italy) and delivered to the Italian Air Force. In total, in 2020, 74 F-35s were delivered to the US armed forces, 31 units to foreign partner countries under the program and 18 units to foreign customers.

Currently, the F-35 is operated at 26 bases in various countries around the world. More than 1,200 pilots were trained to fly the F-35, and more than 10,000 technicians were trained to maintain them. The fighter is used in nine countries, including the United States. The total flight time of the F-35 exceeds 350 thousand hours. Three countries in the world (Israel, the United Kingdom and the United States) used the F-35 in combat. To date, 615 serial F-35s have been delivered. It is planned that the production of the F-35 will last until 2046, and the beginning of the decommissioning of the aircraft is planned for 2070.