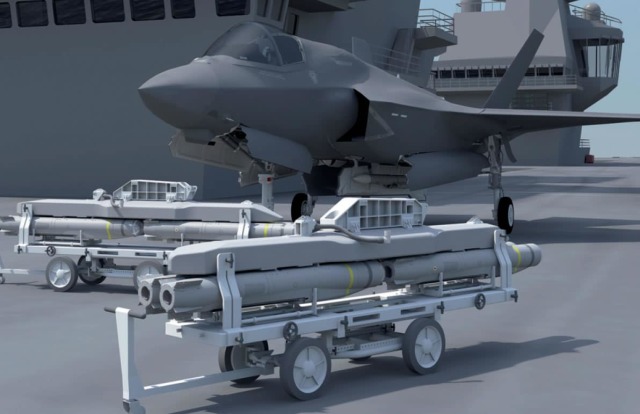 MBDA Corporation has received a contract for 550 million pounds, involving the equipment of carrier-based fighter-bombers F-35B, based on aircraft carriers such as Queen Elizabeth, a small cruise missile SPEAR3. It can hit targets located at a distance of more than 140 kilometers.

The UK is systematically increasing the capabilities of its fifth-generation multi-purpose carrier-based fighters. One of the most important milestones was the signing of a contract to equip these vehicles with a new-generation SPEAR3 cruise missile. The amount of the agreement is 550 million pounds.

The missile is designed to hit ships, armored vehicles, rocket launchers, bunkers and other targets. It has a range of more than 140 kilometers. This will allow the pilots of the British Air Force to be at the time of launch out of range of most anti-aircraft missile systems of likely opponents.

A distinctive feature of the rocket is its small mass and dimensions. It weighs about 90 kilograms with a length of 1.8 meters.