"Strategic" artillery of the United States: plans and consequences 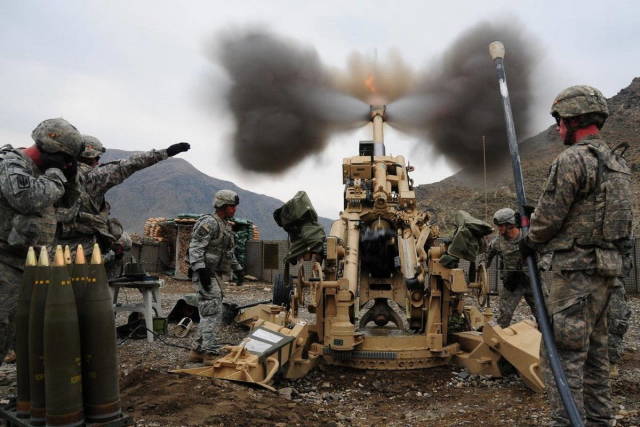 According to a number of Western observers, today there is a real sign of a new arms race between the United States and Russia. Russia is developing new artillery and air defense systems. They are becoming export hits, attracting even NATO countries. In turn, the United States has all the necessary operational and political grounds to oppose this with anything equivalent. This choice was the" strategic " artillery of the United States.

The US Armed Forces are purposefully working to modernize and improve the combat capabilities of their artillery. The goal is to level the current advantage of Russia and China in this area. Modern Russian barrel and rocket artillery is capable of firing 1.5-2 times further than comparable American weapons. Nevertheless, according to Western experts, there is an even stronger reason for the modernization of the US artillery.

Both Russia and China are purposefully creating operational associations consisting of modern fighters, long-range air defense systems, ballistic and cruise missiles, as well as electronic warfare and combat control systems. These combinations of offensive and defensive systems make it possible to keep American ships and aircraft at a distance that prevents the attack of their troops or their own territory (Anti-Access/Area Denial-A2/AD, Russian-access zone). Much attention of Western experts in this regard is attracted by the Chinese ballistic missile "Dong Feng 21D" (Dong Feng 21D), designed to defeat aircraft carriers at a range of up to 1500 km. 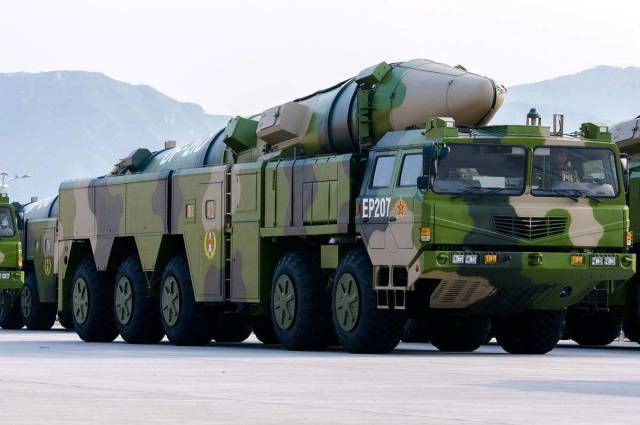 However, the greatest concern is caused by modern Russian air defense systems that can limit the operational capabilities of American forces. 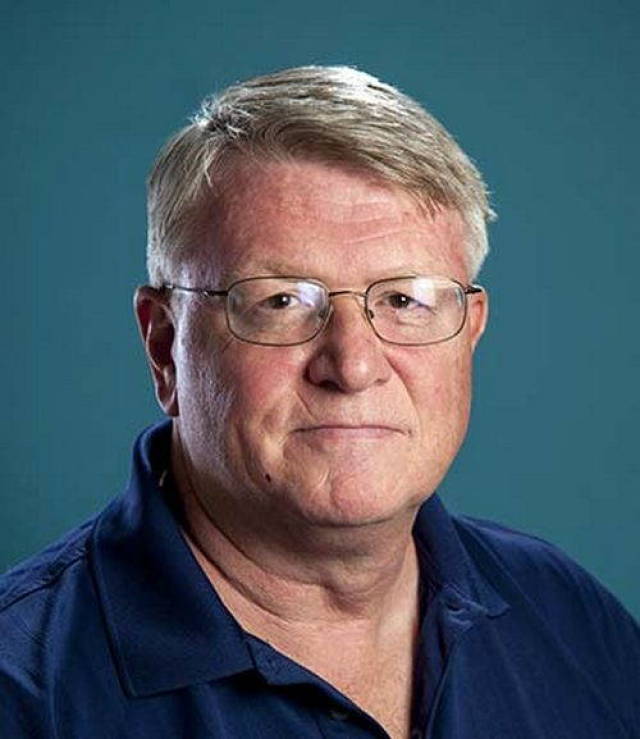 the range and lethality ( ... ) of any form of air support will be complicated ( ... ) the ground forces will feel the consequences .

A study conducted by the Rand Corporation on behalf of the US Armed Forces showed that Russia would have gained a significant tactical advantage during the first ten days of the war in Eastern Europe. Internal estimates of the US Army even proceed from the fact that" within a few weeks "the use of aircraft (stealth fighters) in the front line or behind the front line will be possible only limited.

At the same time, the area of influence of "forbidden zones" (A2/AD systems) extends far beyond its own borders. In particular, the S-400 anti-aircraft batteries stationed in Kaliningrad with a range of up to 400 km allow Russia to cover about a third of Poland's airspace and the entire Baltic Sea. De Facto, they are able to create a no-go zone for conventional NATO aircraft. Crimea is similarly fortified, making access to the Black Sea more difficult. The S-500 system under development, in accordance with Western knowledge, reaches a range of about 600 km and, through interaction with satellites, is presumably also capable of capturing stealth aircraft. 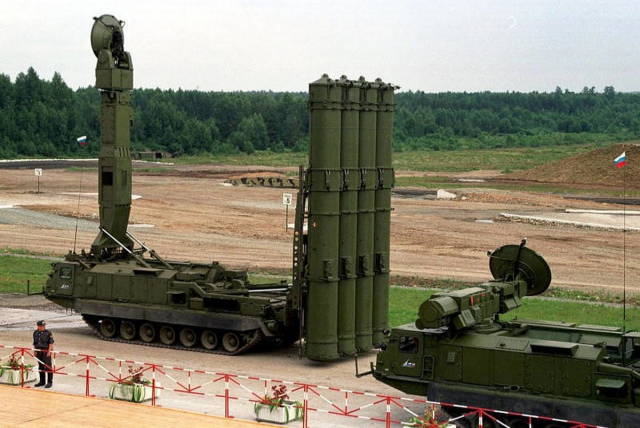 According to the views of the US Army command, long-range artillery of the United States in modern conditions receives a different purpose. At the initial stage of the war, its most important task is to defeat the infrastructure of A2/AD zones in order to break through gaps for tactical aviation. Other important tasks will be supporting advanced units, as well as delaying the deployment of the enemy. 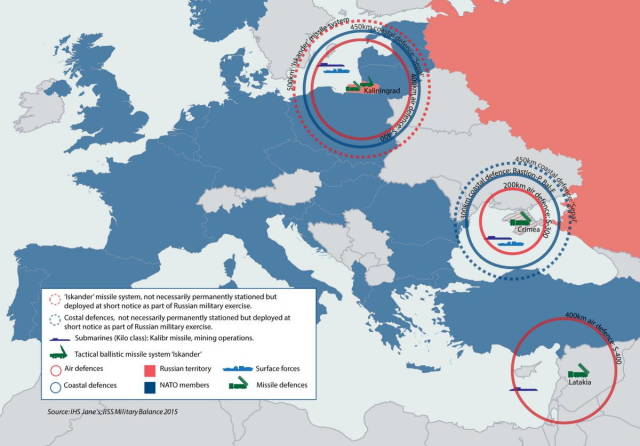 Restricted areas of Russia in the European Theater of Operations


In the European theater, in order to avoid a pre-emptive strike in the run-up to the conflict, ground artillery can be dispersed. In Asia, the army artillery, along with the marine corps, is supposed to be deployed on the islands of the archipelago and attack Chinese missile and anti-aircraft units from dispersed positions.

US artillery, wherever possible, should be used in combination with remote air-and sea-based weapons that fire from positions beyond enemy reach. The use of the most diverse means of destruction flying up from different directions, as it is believed, should lead to an overload of the enemy's defensive systems. After sufficient weakening of the military infrastructure of the A2/AD zones, it will be possible to use US or allied aircraft in the frontline and over enemy territory.

The U.S. artillery is being upgraded under a program collectivelyknown as Long-Range Precision Fires ( LRPF). General Mark MILLEY, Chief of Staff of the US Army, among the various military modernization programs, gives this project the highest priority. 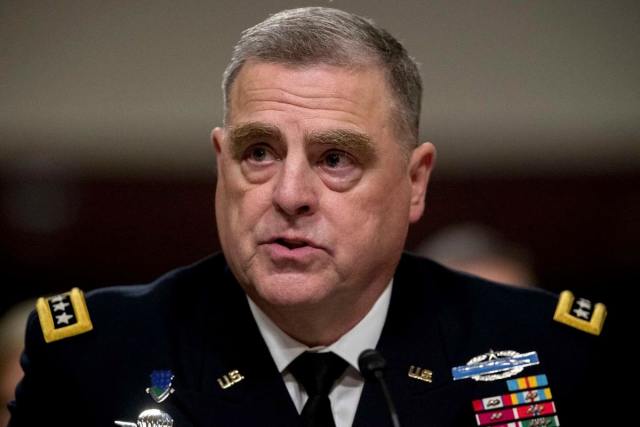 
The high-precision long-range weapons developed under the program are classified into three operational categories according to the scale of impact.

Thedevelopment of a 155 mm howitzer with a firing range of up to 70 ( later 100 ) km is envisaged. According to publications, such a doubling of the firing range will be possible, thanks to the lengthening of the gun barrel and the emergence of new ammunition that uses reactive principles of movement. At the same time, rocket shots should develop hypersonic speed.

According to the curator of the LRPF program, Brigadier General Steve MARIANAN, testing is planned to begin within "several years".

It is planned to replace the tactical missile system ATACMS (range 300 km) with a new high-precision missile system PSM (Precision Strike Missile) with a launch range of 499 km. 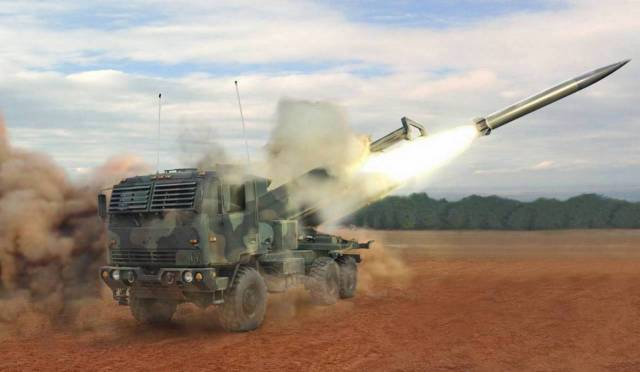 
It is particularly emphasized that the specified upper range limit is a conscious signal to the United States, which wants to preserve the intermediate-range and Shorter-range Missile Treaty (hereinafter referred to as the INF Treaty) of 1987. The bilateral US-Russian agreement prohibits the production and deployment of ballistic missiles (with nuclear and conventional equipment) with a range of 500 to 5000 km. At the same time, the US Army states: from a technical point of view, the new high-precision missile could reach a longer range.

The new missile is half the size of the previous ones, so transport platforms from HIMARS or MLRS will be able to double the amount of ammunition carried. Testing of prototypes from the companies "Lockheed Martin" (Lockheed Martin) and "Raytheon" (Raytheon) will be held in 2019-2020. The possibility of operational use of the first samples is expected from 2023. Full operational readiness is scheduled for 2027. 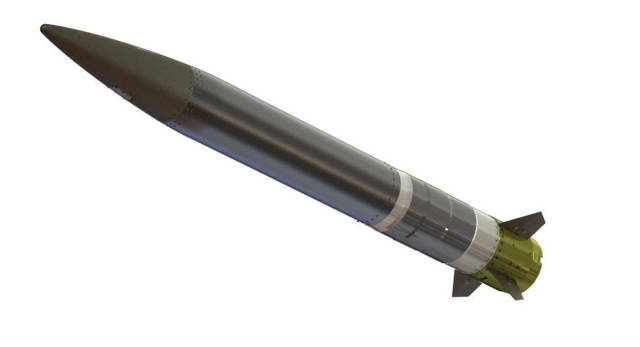 Concept sketch of the PSM rocket


It is assumed that the PSM installation will primarily be used to defeat stationary ground targets: enemy deployment centers, temporary airfields and rear warehouses. According to the statement of General S. Marian, later, thanks to the revision, the missile will be able to hit both mobile land and sea targets. The latter ability is desirable primarily for missions in the island-rich areas of the western Pacific. Once equipped with submunitions, the PSM's capabilities will ensure the destruction of battle tanks and self-propelled artillery.

Strategic Fires Thepurpose of "strategic" artillery is to destroy targets at a range of up to 1800 km. It is this category of American artillery that should give the key to overcoming the enemy's A2/AD zones.

"Strategic" US artillery over long range

According to Western experts, the strategic component represents the greatest technological challenge in the framework of the LRPF program. Accordingly, its status is determined to the least extent: the details are still in development.

Defined: US strategic artillery should consist of two different weapons systems. Speaking to the House of Representatives on September 13, 2018, the headof the U.S. Army's Futuristic Command, General John MURRAY, said:

We start with the development of hypersonic missiles and aim to develop barrel guns with a potential launch range of up to 1,000 nautical miles.

The named range of 1,850 km - if it can be implemented-is 10 percent longer than the launch range of the Tomahawk sea-based cruise missile. Such capabilities would allow striking deep into enemy territory. 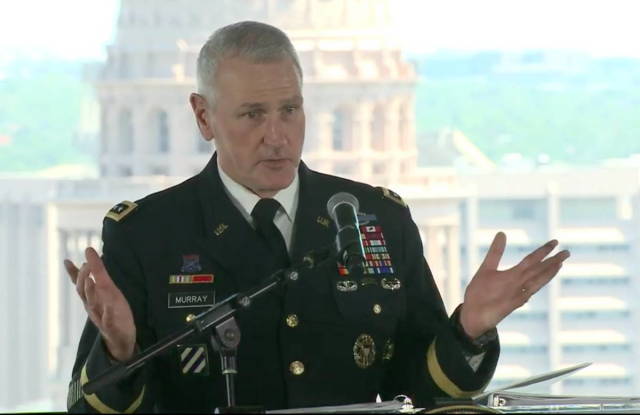 As noted, mobile hypersonic missiles should have a minimum speed of mach 5 and hit fortified targets. Obviously, the arsenal of these weapons will be limited. Therefore, only particularly important targets will be assigned for its use-first of all, control bunkers, radar positions and air defense networks.

According to the publications, the ascent phase and the middle phase of the missile trajectory will take place in ballistic flight. In order to overcome the air defense/missile defense system, the glide phase is seen as very maneuverable, like an airplane. The destruction of the target could be achieved without the use of a warhead, only thanks to the kinetic energy of the impact.

The hypersonic missile is being developed as an interspecies project. Each type of US Armed Forces optimizes weapons based on the characteristics of its operational use. In particular, the US Army command wants to achieve a range of up to 2600 km. 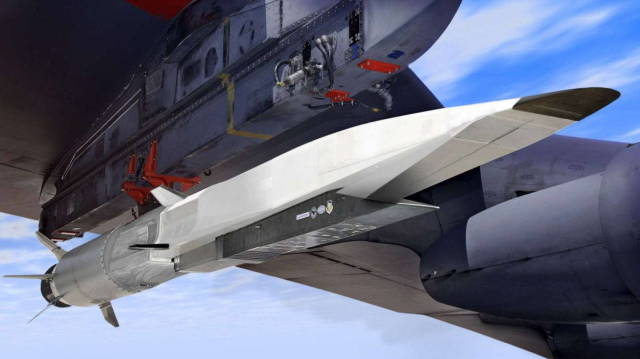 The Strategic Long-Range Cannon ( SLRC) was designated the Strategic Long-Range Cannon of the United States as part of the program. The desired range is defined as" only " 500 km. Such a weapon should fire projectiles with a built-in rocket engine and be used against poorly protected targets. Preferred targets are radar stations, mobile checkpoints, airfields, positions of anti-aircraft missiles and rocket and artillery batteries of the enemy.

As summed up by the Minister of the Army Mark ESPER (Mark ESPER):

If I can weaken the enemy's air defense system - whether it's guns, missiles, or radars - it will clear the way for aviation. By using our artillery with a range of several hundred miles, we could overwhelm the enemy's defenses from the coast and give access to closed waters to American ships and submarines.

As for hypersonic missiles, several stages of flight are provided for missiles launched from the gun. The initial ballistic phase and the extended glide phase. 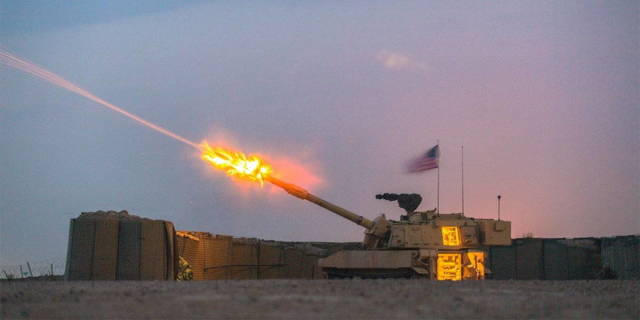 
According to the plan, the system should be exclusively mobile. At the same time, to achieve the desired range in terms of caliber, barrel length and weight, the gun must be significantly larger than a modern 155 mm howitzer. Therefore, US Army specialists are moving away from the term "mobile" and talking about "transferable" weapons. In the special military periodicals of the United States, there are suggestions that to make it difficult to point enemy missiles, the gun will be able to move along railway tracks inside a closed, air defense-protected zone.

According to publications, the US Department of Defense assumes that both strategic weapons, despite their range, meet the requirements of the INF Treaty. As a justification, a description of the flight of the specified weapon is given.

The treaty, concluded three decades ago, provides a detailed description of the banned missiles. The text of the treaty explicitly refers to ballistic and cruise missiles that are used from the ground. In the text of the treaty, both categories of weapons are defined in accordance with their behavior in flight:

If the weapons being developed - as currently envisaged-demonstrate variable flight behavior, they should not fall into prohibited categories under the INF Treaty text, the Pentagon's legal experts argue.

In the West, it is expected that regardless of the subtleties of the text of the treaty, Moscow will consider the appearance of rocket artillery with a range of 1,000 miles as a violation of the INF agreement. In particular, Russia already points to the deployment of missile defense facilities in Poland and Romania as a violation of the INF Treaty. The basis is the possibility of using vertical PU ( VLS ) designed for the placement of interceptor missilesalso for the use of Tomahawk cruise missiles.

It is noted that Russia will touch on this topic to distract from its own violation of the INF Treaty after the adoption of the medium-range missile 9M729. Moscow could use strategic fire systems as a pretext for denouncing the INF Treaty. According to the West, the Russian leadership hopes for the possibility of increasing the existing advantage in the field of medium-range missiles in an open arms race. 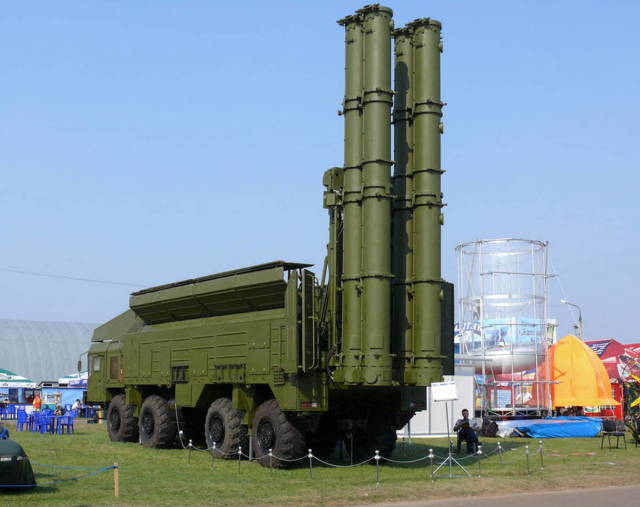 At the same time, there are voices in favor of ending the INF Treaty in Washington. Adopted by the US Congress in September 2018, the military budget for 2019. contains non-binding recommendations to temporarily suspend the INF treaty and start developing new medium-range weapons. Three arguments are given:

Thus, publications in the European military press prove only one thing: the US withdrawal from the INF treaty was justified and prepared long before the demarche of the American administration at the end of this year.

Based on the materials of the magazine "Europäische Sicherheit & Technik»