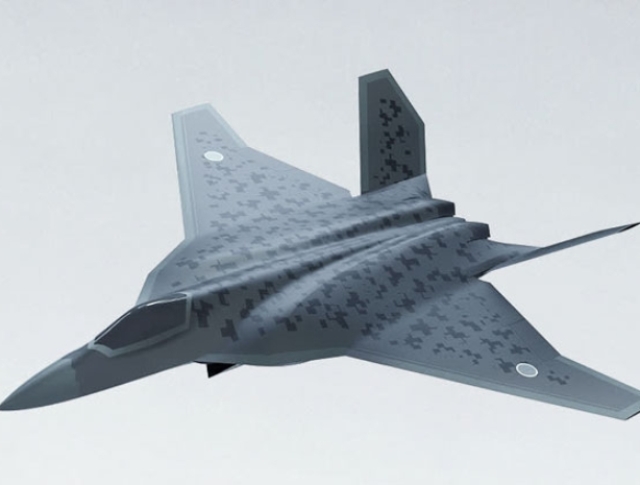 Small in number compared to the Chinese Air Force, the Japanese air force is going to oppose the powerful neighbor of a group of drones. Fighters with AI are planned to enter service in Japan in 15 years as unmanned wingmen, and subsequently create fully autonomous squadrons.

According to the Japanese Defense Ministry, China has more than 1,000 fourth-generation supersonic fighters, which is about three times more than Japan. He also began the deployment of stealth fighter of the fifth generation. Therefore, Japan's defense strategy will be based on the fact that one Japanese ace must control several unmanned wingmen.

It is planned to deliver the first unmanned fighters to the troops by 2035. At this time, manned fighters of the new generation will just begin to arrive, which are now beginning to be developed. That is, in 15 years, the Japanese Air Force is waiting for a significant reform. The first flight tests of a small prototype are expected in 2024, after which the necessary amendments will be made and the TOR will be finally formed for the development of the final product.

Since the drone does not need a cabin, it can be cheaper and easier to produce. But the Chinese are also aggressively developing military unmanned systems. Therefore, it is possible to talk about achieving parity or superiority by the specified deadline with great caution.

Japanese companies have already been instructed to study the necessary technologies. Subaru will be responsible for developing remote control and autonomous flight control capabilities, while Mitsubishi Heavy Industries and Mitsubishi Electric will work on an instant information exchange system between multiple aircraft. Who will be engaged in machine learning and AI, is not specified yet, the portal notes 3dnews.ru.