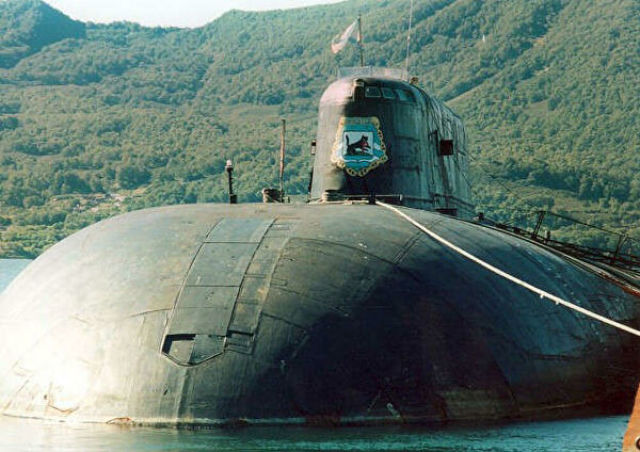 According to a source in the shipbuilding industry, it will be able to carry 48 new Kalibr-PL, Onyx and Zircon missiles"

MOSCOW, December 29. /TASS/. The strike capabilities of the multi-purpose nuclear submarine "Irkutsk" of the project 949A "Antey" of the Pacific Fleet (TOF) after modernization will grow at least twice - it will be able to carry 48 new missiles "Kalibr-PL", "Onyx"and " Zircon". This was reported to TASS on Tuesday by a source in the shipbuilding industry.

"Irkutsk" in the course of modernization will not just be a submarine of the project 949AM (upgraded project 949A-approx. TASS), and instead of 24 anti-ship missiles, Granit will be able to carry 48 fundamentally new Kalibr-PL, Onyx and Zircon missiles, that is, the submarine will be able to strike at coastal targets,"the source said.

According to him, the return of the submarine to the combat composition of the Pacific Fleet is expected at the end of 2023. "The availability of a specific range of missiles on board the submarine will depend on the tasks assigned to it," he said.

TASS has no official confirmation of this information.

Earlier it was reported that in 2020, during flight design tests of the Zircon rocket, three launches were carried out: two on sea targets, one on land. According to a TASS source in the military-industrial complex, state tests of this missile will begin in 2021, during which at least seven launches from the Admiral Gorshkov frigate and the Severodvinsk Project 885 submarine will be carried out at the previous stage of flight design tests.

The Irkutsk submarine was laid down at the Sevmash shipyard (now part of the United Shipbuilding Corporation) on May 8, 1985. Launched on 29 December 1987, transferred to the Navy on 30 December 1988. In 1990, she made an inter-fleet transition to the Pacific Fleet. In 1993, it became known as "Irkutsk". Since 1997, it has been in reserve. In 2001, she arrived for repairs at the Far Eastern Zvezda plant. Repair and modernization began only in 2019. The main strike armament of the Project 949A submarine was 24 anti-ship missiles "Granit".

The rights to this material belong to ТАСС
The material is placed by the copyright holder in the public domain
Страны
Россия
Продукция
Club-S
Адмирал Горшков
Гранит
К-132 Иркутск
П-800 Оникс
Циркон-С 3М22
Компании
Звезда ДЗ
ОСК
Севмаш
Проекты
2020-й год
22350
885 Ясень
949А Антей
Калибр КР
ТОФ
Do you want to leave a comment? Register and/or Log in
Log in via Facebook
The Permanent Representative of the Russian Federation to international organizations in Vienna Ulyanov called the refusal of AUKUS to provide data on the union abnormal
The United States agrees with Stoltenberg on the inadmissibility of Russia's influence in the issue of NATO expansion
Putin signed the law on the powers of Roscosmos in the field of infrastructure construction
Korean aircraft carrier "won back" funding
Конфликты: Йемен - "забытая" война
The National Interest (США): российский танк Т-80 — это не шутка
In the USA, they were surprised by the size of the Su-75
Russia will offer India the technology of the Octopus tank
Шойгу счел необходимым построить в России еще несколько крупных городов
The State Duma appreciated the idea of banning the sale of grenades after the shooting at the MFC in Moscow
British military demanded $1.1 million for stuttering after Estonian frosts
Sasapost (Египет): американцы создают самый мощный лазер в истории. Что это значит?
Tank killer: the work of the PTKM-1R anti-roof mine was shown on video
Корпорация "Иркут" до конца 2018 года поставит ВКС РФ более 30 истребителей Су-30СМ
Как России зарабатывать больше на продаже вооружений
other topics discussed
2006-2021 © ВПК.name. All rights reserved.
When reprinting, link to ВПК.name required.
User agreement.
№ 21-PP in the register of information distributors.
18+
Website hosting: TimeWeb.