S. Bunits: "the decline of the tsvetmet market has been going on for five years" 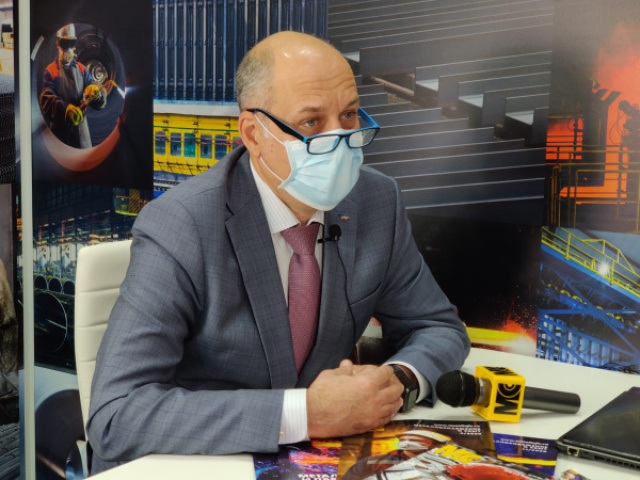 As part of the business program of the Week of Metals in Moscow, the Russian Union of Suppliers of Metal Products (RSPM) held a round table of producers, suppliers and consumers of raw materials and rolled non-ferrous metals.

The participants of the round table discussed the current situation in the non-ferrous metals market and its future prospects, important aspects of the spot market and interaction with manufacturers, the presence of imported products (mainly from China), possible shortages in some product groups and sizes, and other issues.

S. Bunits, a shareholder of Galaktika, a member of the RSPM Board in the direction of "Non-ferrous metal rental Market", R. Kaneev, Head of the Sales Department of Aluminum Metallurg Rus, V. Feldman, head of the Non-Ferrous Metals project of Metallservice, A. Pensky, General Director of Almet, O. Karpinskaya, Deputy General Director of promtsvetmet, shared their opinion.

Speaking about the situation in the non-ferrous metals market in general and in Galaktika in particular, S. Bunits noted that today the company fulfills certain indicators in terms of sales and revenue, and this allows it to stay afloat. Galactica's revenue decreased by about 12% compared to last year, with a decrease of about 17% in tonnage. According to him, the decline in the market of tsvetmet has been happening for at least five years.

"As for the indicators of Galaktika, we can say that we are in a trend: everyone does not receive these volumes, and we do not receive them," S. Bunits said. "This suggests that the market is really drying up a bit."

In 2020, according to him, the exchange went up. those who were engaged in spot trading and who had commodity balances in warehouses began to earn thanks to inflationary indicators, the depreciation of the ruble and other parameters.

"The situation with aluminum rental is probably more complicated. i assume that in the short term, for example, until march, there will be a shortage of aluminum semi-finished products from a number of alloys and some standard sizes due to the accident at the kamensk-ural metallurgical plant (kumz), " s. bunits said. — Someone will decide to play it safe and buy similar products in China. but it should be remembered that in this case there are certain risks associated with logistics, ccc, protective duties."

Read more about the situation on the non-ferrous metals market in the review, which is published in the latest issue of the magazine " Metal Supply and Sales»

The rights to this material belong to ИИС “Металлоснабжение и сбыт”
The material is placed by the copyright holder in the public domain
Страны
Китай
Россия
Проекты
2020-й год
Do you want to leave a comment? Register and/or Log in
Log in via Facebook
The Permanent Representative of the Russian Federation to international organizations in Vienna Ulyanov called the refusal of AUKUS to provide data on the union abnormal
The United States agrees with Stoltenberg on the inadmissibility of Russia's influence in the issue of NATO expansion
Putin signed the law on the powers of Roscosmos in the field of infrastructure construction
Korean aircraft carrier "won back" funding
Конфликты: Йемен - "забытая" война
The National Interest (США): российский танк Т-80 — это не шутка
In the USA, they were surprised by the size of the Su-75
Russia will offer India the technology of the Octopus tank
Шойгу счел необходимым построить в России еще несколько крупных городов
The State Duma appreciated the idea of banning the sale of grenades after the shooting at the MFC in Moscow
British military demanded $1.1 million for stuttering after Estonian frosts
Sasapost (Египет): американцы создают самый мощный лазер в истории. Что это значит?
Tank killer: the work of the PTKM-1R anti-roof mine was shown on video
Корпорация "Иркут" до конца 2018 года поставит ВКС РФ более 30 истребителей Су-30СМ
Как России зарабатывать больше на продаже вооружений
other topics discussed
2006-2021 © ВПК.name. All rights reserved.
When reprinting, link to ВПК.name required.
User agreement.
№ 21-PP in the register of information distributors.
18+
Website hosting: TimeWeb.