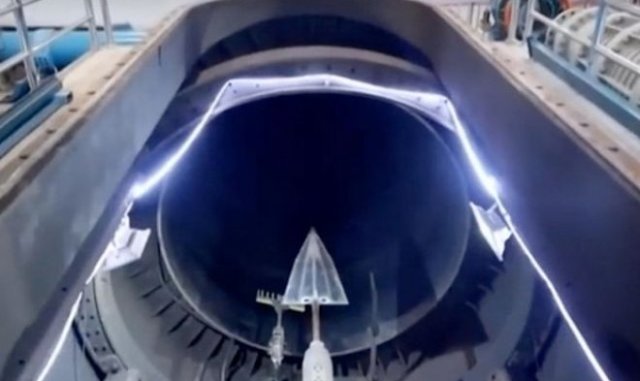 Scientists from the Chinese Academy of Sciences successfully tested a prototype of a new generation engine in a wind tunnel, which was immediately accelerated to nine speeds of sound. And this is less than half of its potential – according to calculations, with such a power plant, aircraft will be able to fly at speeds of Mach 16, which will make it easy to climb into near space and reach any point on the planet in a matter of seconds. The technology is called "Sodramjet", an abbreviation for "ramjet with an inclined shock wave".

The appearance of Sodramjet was the result of an attempt to solve one of the fundamental problems in the development of ramjet engines. To reduce the weight of the aircraft, the designers decided to remove a very heavy oxygen canister and draw gas directly from the surrounding air. However, it quickly became clear that it is very problematic to achieve a uniform supply of oxygen to the combustion chamber. And the main enemy of engineers was the shock waves that appeared at super speeds, which threatened to destroy the engine.

Chinese scientists led by Jiang Zonglin implemented what they came up with at NASA back in the 1980s, but then it did not go beyond the theory. They were able to make the same shock waves work in unison with the combustion chamber and push oxygen into it at hypersonic speed. Details of the process are not disclosed, but as they write in the media, "the faster the engine runs, the more efficiently the main hydrogen fuel is burned." The new engine will be much smaller and lighter than the existing gpvrd, and therefore a flight with it across half the world without refueling looks quite real. But this is clearly not the prospect of the near future, the prototype only demonstrates the performance of the technology. The appearance of a full-fledged aircraft Sodramjet engine in China is not yet promised, but it is noted that the world has entered the era of hypersonic flights, so more and more such novelties will appear.