Deputy Director of tsast on the development of Russian unmanned aviation

The Karabakh war, its course and results are actively discussed, including in Russia. It is not uncommon to hear statements that the victory of Azerbaijan over Armenia is actually the victory of Turkish weapons over Russian ones. And it was not Armenia that lost the war, but Russia. Are such statements true? Is the Karabakh war really a Wake-up call to our "defense industry", which did not do everything for the Russian army? Why don't we still have strike drones? MK asked the analyst, Deputy Director Of the center for strategy and technology analysis (CFTC), to answer these questions) Konstantin Makiyenko. 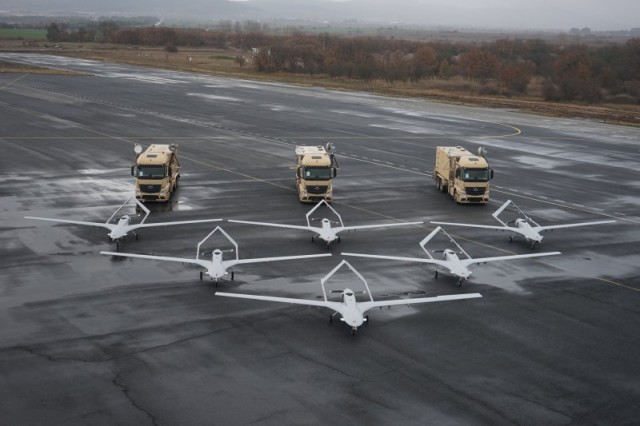 - Did Turkey strengthen its military presence in Azerbaijan after the war?

-Yes, it is quite obvious that the Turkish presence in Azarbaijan has sharply increased. But it is important that there was not just an increase in the physical presence, but also the growth of Ankara's influence. Moreover, the increased prestige and influence will now have an impact on the situation not only in the South Caucasus, but also in Central Asia, the North Caucasus, and the Volga region. We must understand that military presence and growing influence are not identical concepts.

The military component is only part of the overall power. Turkey has increased both its presence and influence. Russia - only presence. But Russia, as a result of the good work of diplomacy and the military, has a strong trump card - the keys to Karabakh, which has actually become a Russian protectorate, now lie in Moscow. In General, there is a feeling that Russian diplomacy works very well in crisis situations, achieving the maximum possible even under adverse circumstances. This does not negate the fact that in retrospect, after the collapse of the USSR, Russia's influence and attractiveness in the post-Soviet space have consistently weakened.

-Everyone is talking about Turkey's victory in this war…

- First of all, Azerbaijan won, of course. Won convincingly and indisputably. He won both in purely military terms, and politically, diplomatically, and informatively. Azerbaijani influence networks and lobbyists worked better, including in Moscow. The famous Armenian Diaspora was much less effective. But Turkey's participation was, of course, very significant or even decisive.

In all likelihood, the entire operation was planned by Turkish staff officers. During the operation itself, Turkish officers provided support both at the staff level and directly on the battlefield. There is good reason to believe that Turkish advisers were present in the battle formations at the level of the battalion and above, and in some cases were at the company level.

The Turkish air force was jamming and jamming the radio communications of the Armenian troops. But in General, I repeat, this is a victory for Baku, which simply has more resources-both demographic and oil and gas revenues, and has managed to manage these resources reasonably enough.

-We also have everything in order with oil and gas. And if we even hypothetically assume that China will be our ally in an armed conflict, then it will not seem enough to anyone.

-Yes, but it will not be a conflict of the "third world" countries. This is a world war. And this topic, I hope, is not relevant yet. But if we talk about the Karabakh war, perhaps the main conclusion for us here lies on the surface: the maintenance and equipment of a combat-ready army provides a valuable resource that can be used to achieve important political goals at the right time. Powerful and efficient armed forces are a categorical imperative for a modern state.

- It sounds like a rebuff to our "Democrats" who accuse the government of excessive militarization of the country. At one time, we did not invest in the creation of attack drones, so now not only the United States, but even Israel and Turkey have overtaken us. Now the Turks sell their drones to both Azerbaijan and Ukraine.

-Yes, in technical terms, the Karabakh war demonstrated a further evolution towards the growth of the value of high-precision guided weapons as the main means of destruction in combat. In this capacity, it is now available for mass use not only in developed countries, but also in the "third world"countries.

- Probably also because it is cheaper than traditional weapons systems?

-Mostly. In fact, the use of high - precision weapons in terms of the cost-effectiveness ratio and the costs required for their use has become more economical than the use of mass of unguided ammunition. Modern technologies also allow you to miniaturize high-precision weapons, thereby further reducing their cost.

-Are you saying that wars with its use will become cheaper? There is a danger in this: the cheaper the war, the more willing to fight.

-This trend is also evident. We are entering an era of endless small-scale military conflicts around the world. And here, in the future, we can talk about the complete death of unguided weapons. Moreover, the most diverse, ranging from ground-based rocket and artillery, and ending with aviation, as it, in fact, has already happened in the West.

-The war in Karabakh has shown the increased importance of unmanned strike aircraft?

-Definitely. But unmanned vehicles in this case are interesting mainly as another mechanism for reducing the cost of using high-precision weapons and increasing their proliferation.

Azerbaijan - and in fact, let's say it directly, Turkey-was able to establish effective air supremacy in the combat area with a relatively small number of unmanned aerial vehicles, which were carriers of small - sized samples of high-precision weapons-small guided missiles and adjustable aerial bombs.

The use of manned tactical combat aircraft with similar weapons would theoretically have the same effect. However, it would require much more resources and costs. Drones are not only cheaper to buy and operate than manned combat aircraft, but they are also essentially "expendable".

Continuation of the interview