France and the UK will get robotic minesweepers 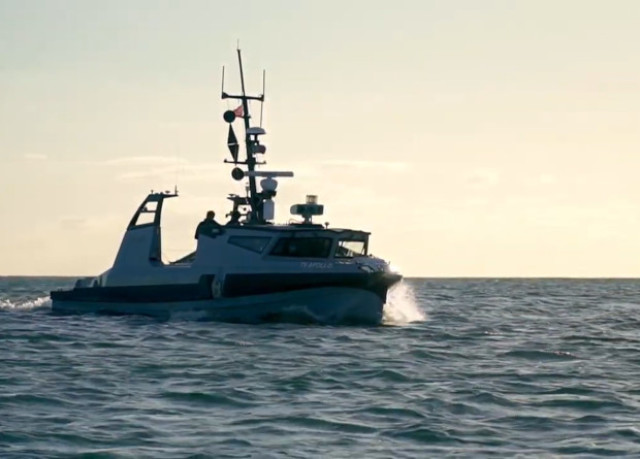 The French and British defense ministries have signed a contract with the French company Thales for the supply of three robotic minesweeper boats. According to a joint report of the military departments, the purchase of boats was made as part of the MMCM program, which provides for the modernization of the fleet of minesweepers of the two countries. The French and British military intend to purchase another surface robot in 2021.

The MMCM program has been in effect since 2019. It implies a wider use of robotic systems for searching for and clearing sea mines, as well as patrolling the entrances to naval bases. In total, the program provides for the purchase of up to eight robot minesweepers, the delivery of the first four of which should take place before the end of 2024. All eight robots are expected to enter service by 2030.


In 2015, in preparation for the MMCM program, the UK received the first prototype of a robot minesweeper, which was successfully tested. This device is included in the purchase of three robots made by the French and British military departments. Under the terms of the contract, Thales will have to upgrade this device.

Robocats planned for adoption can be controlled remotely by an operator from the shore or from a ship. They are equipped with a towed sonar for detecting sea mines of various types, as well as a small Autonomous unmanned underwater vehicles to destroy ammunition that has been discovered.

In may 2018, the Royal Navy of great Britain adopted a surface minesweeper robot capable of detecting and neutralizing various types of sea mines, including digitally controlled ammunition. The robot, made on the basis of a boat, was the first such device in service with the British Navy. The boat is equipped with a towed link of three floats with equipment that can emit electromagnetic, electrical and acoustic pulses.

These pulses are capable of initiating detonators of magnetic, induction, and acoustic sea mines. The boat is also equipped with a system for recognizing surface objects and avoiding collisions with them. The robot minesweeper is 11 meters long and weighs about ten tons. The entire complex is quite compact; it can be transported by transport plane, ship or truck.