The ground-based Subaru telescope was able to see in the sky the Japanese interplanetary station Hayabusa-2, which is supposed to drop a capsule with the substance of the asteroid Ryugu into the atmosphere of our planet on December 5. The images obtained by the telescope helped clarify the station's trajectory, according to the telescope's website.

Currently, Hayabusa-2 [...] is approaching Earth, carrying a return capsule with two soil samples from the surface and from the inner layers of the near-earth asteroid (162173) Ryugu, which the station has been studying for a year and a half. Further study of the soil in the laboratory will help to understand the processes that took place in the early Solar system and the role of asteroids in delivering water and organic molecules to the young Earth.

On November 26, 2020, the station performed the third of five trajectory correction maneuvers on approach to Earth. It is expected that the station will make the fourth maneuver on December 1, and the separation of the capsule from the device is planned for the evening of December 5, when Hayabusa-2 will be at a distance of about 220 thousand kilometers from our planet. After that, the station will make the fifth maneuver and switch to the trajectory of departure from the Earth. The capsule itself is due to land by parachute on the afternoon of December 6 at the Woomera range, located in the Central part of the state of South Australia.

November 20, 2020, the 8.2-meter optical ground-based Subaru telescope using its HCS (Hyper Supreme-Cam) I received five images of Hayabusa-2 when the station was located at a distance of 5.8 million kilometers from Earth. The images were taken during a break between scientific observations and helped to clarify the trajectory of the station.

This is not the first time that Subaru has been observing Japanese automatic vehicles — in 2010, it photographed the Hayabusa-1 station on approach to Earth, and in 2015, it observed the Ryugu asteroid, which was orbiting Hayabusa-2 at that time. 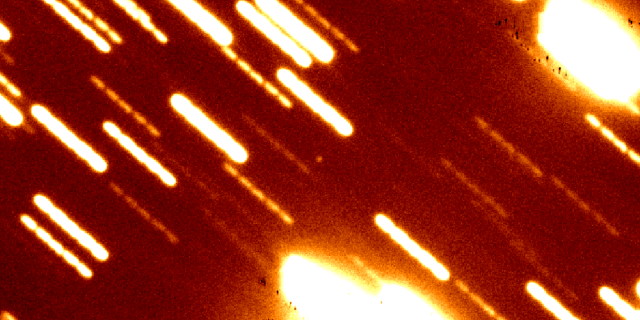 "Hayabusa-2 "(as a Central bright point) in the image of the Subaru telescope.


The Hayabusa-2 science program doesn't end when the capsule is dropped to Earth — it will visit two more near-earth asteroids in the next ten years . We are following this unique mission, the details of which can be found on a separate page .

The rights to this material belong to N+1
The material is placed by the copyright holder in the public domain
Страны
Австpалия
Япония
Проекты
2020-й год
Do you want to leave a comment? Register and/or Log in
Log in via Facebook
The Permanent Representative of the Russian Federation to international organizations in Vienna Ulyanov called the refusal of AUKUS to provide data on the union abnormal
In the USA, it was proposed to ban "Solntsepeki" and "Pinocchio"
The United States agrees with Stoltenberg on the inadmissibility of Russia's influence in the issue of NATO expansion
Putin signed the law on the powers of Roscosmos in the field of infrastructure construction
Korean aircraft carrier "won back" funding
Конфликты: Йемен - "забытая" война
The National Interest (США): российский танк Т-80 — это не шутка
In the USA, they were surprised by the size of the Su-75
Russia will offer India the technology of the Octopus tank
Шойгу счел необходимым построить в России еще несколько крупных городов
The State Duma appreciated the idea of banning the sale of grenades after the shooting at the MFC in Moscow
British military demanded $1.1 million for stuttering after Estonian frosts
Sasapost (Египет): американцы создают самый мощный лазер в истории. Что это значит?
Tank killer: the work of the PTKM-1R anti-roof mine was shown on video
Корпорация "Иркут" до конца 2018 года поставит ВКС РФ более 30 истребителей Су-30СМ
other topics discussed
2006-2021 © ВПК.name. All rights reserved.
When reprinting, link to ВПК.name required.
User agreement.
№ 21-PP in the register of information distributors.
18+
Website hosting: TimeWeb.