Launch a series: UAC will receive the first order for Il-114-300 aircraft 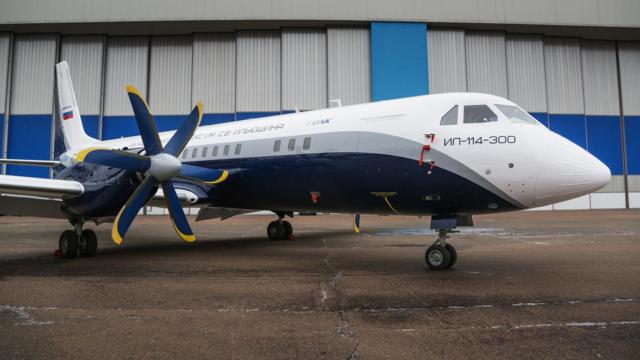 Three aircraft of this type are purchased by STLC

The state transport leasing company (STLC) will order the first series of three promising Russian Il-114-300 aircraft, according to the tender documents reviewed by Izvestia. The contract with the United aircraft Corporation (UAC, part of rostec) will be the first order for this type of aircraft. Currently, only one Il-114-300 aircraft is ready, it is being prepared for flight tests and has not yet received a type certificate. The customer expects the first serial copy in 2023. The aircraft will be in demand, although it will not fully replace the Soviet an-24, experts say. A key factor in the project's payback will be its after-sales service, which is traditionally the Achilles ' heel of the Russian aviation industry, experts say.

In the first series

STLC will order three Il-114-300 aircraft at a price of 1.44 billion rubles per aircraft. The total cost of the contract will be 4.3 billion rubles, according to the tender documents reviewed by Izvestia. The state transport leasing company expects to receive the aircraft in 2023.

The aircraft are purchased as part of a program to develop leasing of domestic aircraft with state co-financing, the STLC told Izvestia. This is the first contract for this type of aircraft for the company.

- Il aircraft-114-300 — the future of the Russian regional air fleet. Modernization of the existing regional air fleet is an important state task, which is also implemented through the mechanism of non-commercial leasing of STLC, the leasing company said.

It is premature to name specific aircraft operators, according to the STLC. But there is interest from airlines, and the lessees have not been definitively determined,they added.

The Il-114-300 regional turboprop aircraft was developed by the design Bureau of PJSC Il (part of the UAC). It is intended for regional transportation, including in remote areas of the North, Siberia and the Far East. The maximum commercial load of the aircraft will be 6.8 tons, the cruising speed will be 500 km / h, and the flight range with the maximum commercial load will be 1.5 thousand km. Serial Assembly will be carried out at the P. A. Voronin aviation plant in Lukhovitsy, near Moscow, which today assembles MiG family fighters. PJSC Voronezh joint-stock aircraft building company, Ulyanovsk JSC Aviastar-SP, and Nizhny Novgorod aircraft manufacturing plant Sokol, which are members of the UAC, also participate in the cooperation.

The aircraft is currently undergoing certification, the UAC told Izvestia. 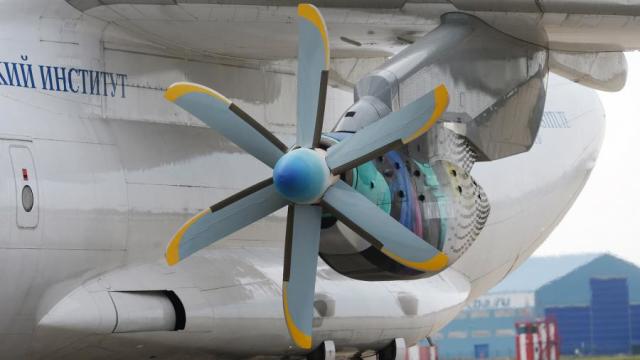 — The aircraft is created on the basis of a certified Il-114 passenger aircraft. The Il-114-300 has new upgraded systems and equipment and a new engine. In 2022, it is planned to receive an addition to the basic type certificate for the aircraft. Now it is undergoing a cycle of airfield testing, preparation for flight tests is underway, " the Corporation said.

UAC is also negotiating with potential customers of the aircraft - both airlines and lessors. Today, "soft" agreements have been signed with several airlines in the far Eastern region, the names of which are not disclosed in the UAC.

When asked by Izvestia whether it is possible to reduce the price of the aircraft after the launch of mass production, the UAC said that the commercial terms of delivery and operation are the subject of discussion with a specific customer. The parameters depend on the needs of the operator, for example, the layout of the cabin, the package of service and financial conditions.

Airlines of the Krasnoyarsk territory, Kamchatka and Yakutia are showing interest in the Il-114-300, says a source familiar with the negotiations. The private airline "Siberian light aviation" ("Sila", based in Magadan) said that they are not interested in operating the Il-114-300. Other regional air carriers interviewed by Izvestia did not respond to requests.

For lack of alternatives

The new Russian aircraft will be in demand, and starting customers will be found for it, but it is impossible to predict the volume of orders today, said Fyodor Borisov, chief expert at the HSE Institute of transport Economics and transport policy. The aircraft will be used mainly on state-subsidized regional routes, and the authorities can set conditions under which operators of Russian equipment will receive priority in the distribution of subsidies, the expert noted. This will stimulate airlines ' interest in the Il-114-300. 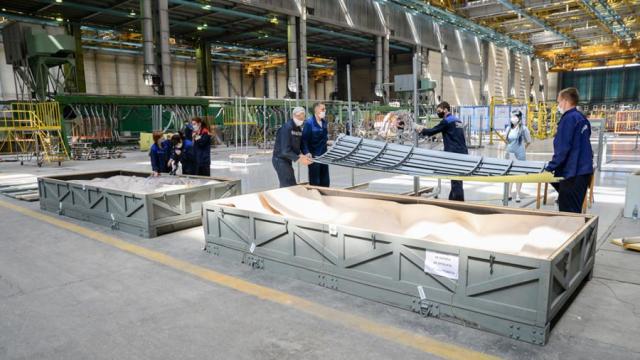 In the market, the aircraft will compete with foreign ATR-72, Bombardier Q-400 and Chinese-made aircraft, Fyodor Borisov believes. But the Il-114-300 will not fully replace the An-24 and An-26, as it will not be able to operate at all unpaved airfields. At the same time, today the world does not produce an aircraft that could completely replace these Soviet aircraft. To solve the problem, the authorities will have to modernize the regional network of airfields in remote areas, the expert believes.

Despite the extension of the service life of an-24 aircraft to 60 years, they need to be replaced, said Oleg Panteleev, Executive Director of AviaPort.

- An-24 aircraft can continue to operate safely until the 2030s. But the cost of their maintenance and repair is constantly growing, the situation with the flight crew is becoming more complicated, - the expert says.

The Il-114-300 is designed to operate from unpaved airfields, but there are restrictions on both the density of the ground and the condition of the runways, the expert said. The design feature of the liner is a low-lying wing. When landing on gravel lanes, there is a risk of damage to the propeller. When the reverse is turned on, a large amount of dust and sand will inevitably get into the engine, which is fraught with premature engine decommissioning, Oleg Panteleev explained.

There are no analogues of the An-24 and an-26 aircraft in terms of take-off and landing characteristics, seat capacity and flight range in Russia. Meanwhile, in regions with a developed airfield network, the Il-114-300 will be in demand, he notes. In addition to the leasing scheme implemented with support from the Federal budget, regional authorities could also stimulate sales of Il-114-300, which can purchase aircraft for captive companies and transfer them to regional air carriers on preferential terms, Oleg Panteleev believes.

The rights to this material belong to Известия.ru
The material is placed by the copyright holder in the public domain
Страны
Китай
Россия
Продукция
117С
F-16
Ан-24
Ан-26
Ил-112
Ил-114
Ил-114-300
Ил-76
Ил-76ЛЛ
ТВ7-117
Компании
Bombardier
Авиастар-СП
ВАСО
Ил
ЛИИ им. Громова
НАЗ Сокол
ОАК
Ростех
Do you want to leave a comment? Register and/or Log in
Log in via Facebook
The Permanent Representative of the Russian Federation to international organizations in Vienna Ulyanov called the refusal of AUKUS to provide data on the union abnormal
The United States agrees with Stoltenberg on the inadmissibility of Russia's influence in the issue of NATO expansion
In the USA, it was proposed to ban "Solntsepeki" and "Pinocchio"
Putin signed the law on the powers of Roscosmos in the field of infrastructure construction
Korean aircraft carrier "won back" funding
Конфликты: Йемен - "забытая" война
The National Interest (США): российский танк Т-80 — это не шутка
In the USA, they were surprised by the size of the Su-75
Russia will offer India the technology of the Octopus tank
Шойгу счел необходимым построить в России еще несколько крупных городов
The State Duma appreciated the idea of banning the sale of grenades after the shooting at the MFC in Moscow
British military demanded $1.1 million for stuttering after Estonian frosts
Sasapost (Египет): американцы создают самый мощный лазер в истории. Что это значит?
Tank killer: the work of the PTKM-1R anti-roof mine was shown on video
Корпорация "Иркут" до конца 2018 года поставит ВКС РФ более 30 истребителей Су-30СМ
other topics discussed
2006-2021 © ВПК.name. All rights reserved.
When reprinting, link to ВПК.name required.
User agreement.
№ 21-PP in the register of information distributors.
18+
Website hosting: TimeWeb.