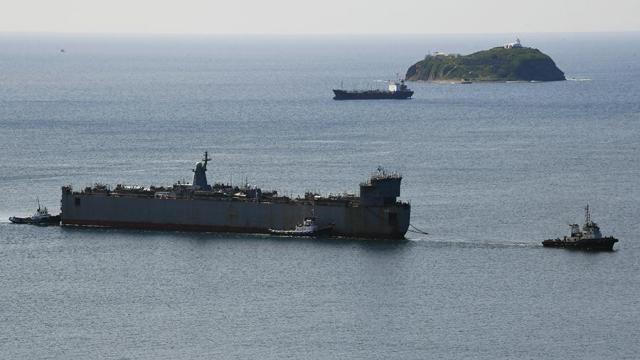 The newest Corvette "Hero of the Russian Federation Aldar Tsydenzhapov" for the first time launched a cruise missile of the Uranus complex at a sea target in Peter the Great Bay in Primorye. This was reported on November 25 in the press service of the Pacific fleet.

The launch was made as part of the program of factory running and state tests. On the evening of November 24, the Corvette conducted a series of artillery firings in the sea of Japan, during which it fired at the naval ship's shield from an a-190 artillery installation.

"The cruise missile successfully hit a surface target at a distance of about 40 kilometers from the warship at the set time. To ensure test firing, up to 10 ships and vessels were involved, as well as aircraft of the Pacific fleet naval aviation, which provided security for the area and monitored the results of the combat exercise," TASS reports.

On October 26, it was reported that the test cycle of the patrol ship (PC) Vasily Bykov, which spent several months in the Arctic, was completed. During this time, various weapons and life support systems of the Corvette were tested. Previously, it was believed that the PC project 22160 is not suitable for the Arctic, but the Corvette coped with all the tasks.