As reported by the Interfax news Agency, on November 20, 2020, the Arbitration court of the Ural district found illegal the actions of the Yekaterinburg customs, which classified as ready-made aircraft in disassembled form sets of components for the "Outpost" drones, which were supplied to the Ural civil aviation plant (UZGA) in 2016-2017 by the Israeli Israel Aerospace Industries (IAI). The plant is exempt from customs duties, interest and penalties, according to the file of arbitration cases. 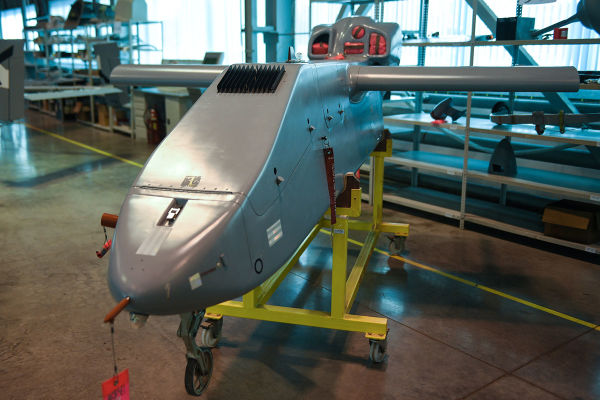 UZGA was the main executor of the state defense contract for the manufacture and supply of complexes with unmanned aerial vehicles of the "Outpost" type for the needs of the Ministry of defense of the Russian Federation. The history of this contract began in October 2010. October 13 part of the state Corporation "rostec" JSC "United industrial Corporation "Oboronprom" and IAI announced the signing of a contract on creation of Assembly manufacture of complexes of unmanned aerial vehicles (UAVs) in the RF technology of the Israeli company. In turn, the materials of the arbitration dispute between customs and UZGA state that on October 12, Oboronprom and IAI signed a foreign trade contract for the supply of 17 Assembly sets of the Forpost UAV and 40 Assembly sets of the Zastava UAV for a total of $410.3 million. In 2014, the parties additionally agreed to supply three Outpost Assembly kits equipped with GLONASS systems, with a total cost of $69.47 million.

Production at UZGA, controlled by Oboronprom, was first organized on the basis of a Commission agreement. During this period, 20 "Outposts"were collected. Subsequently, in 2016, after Rostec decided to liquidate Oboronprom, UZGA received all rights and obligations directly under the contract with IAI. After that, the remaining ten aircraft were assembled at the plant. They caused the claims of the customs service.

She believes that the composition of deliveries from Israel was such that, in fact, finished products were sent to the Russian Federation in disassembled form. Therefore, in the opinion of customs, components should have been classified in the same commodity items as the assembled products, and subject to the corresponding duty. "Unmanned aerial vehicles are subject to import duty at a rate of 15%, and their components-at a rate of 0%," recalls Vladimir Chikin, partner at Bryan Cave Leighton Paisner Russia. The published case materials do not say how much the customs wanted to collect from UZGA.

In addition, according to the fiscal authorities, the actions of the UZGA on registration of goods in different product batches were aimed at understating customs payments. "If the import duty on the finished product is less than on its components, it is both legal and reasonable to deliver the disassembled goods in one batch or with the prior consent of customs in several, paying customs duties on the finished product, provided that only Assembly operations are performed with the components. In the reverse situation, when the import duty on the finished product is higher than on the components, when the product is delivered disassembled in different batches without the prior consent of customs, there is a risk of evasion of customs payments, which was realized through the claim of the customs authority, " Chikin notes.

Preliminary approvals with customs officers were, according to the case file. But after an on-site inspection, the Yekaterinburg customs concluded that the functions of the UZGA in relation to imported components were to conduct entrance control, paint components, test, center, install servo wires, install software. These are normal operations required before using any equipment, which indicates that the Assembly process is carried out exclusively, and not production, the customs authorities considered.

UZGA objected that in order to fulfill the state contract, "the tasks of adapting all elements of the Forpost UAV complex in a number of directions were solved. "Use of the power supply system adopted on the territory of the Russian Federation, including stationary and mobile power sources; - these areas are listed in the case file. - Adaptation of ground support equipment used in the Russian air force; use of Russian-made service and metrological support equipment; use of Russian fuel and lubricants; use of tactical communications equipment of the Russian air force; adaptation of navigation systems and determining the coordinates of the Outpost UAV to the GLONASS system; use of the Russian mapping system; use of UAVs in low negative ambient temperatures." In addition, as the factory pointed out, it also purchased the necessary components from other suppliers, and also produced some of them itself.

The position of UZGA was supported by the Ministry of defense. His representative in the case explained that "Outposts" are complex multi-functional technical systems that cannot be created by conventional Assembly. Their country of origin is the Russian Federation, the military Department stated.

The implementation of a "complex technological process at the plant that requires the completion of imported components and parts through other technological operations, rather than Assembly," was confirmed by a special letter from IAI.

As a result, the courts concluded that customs was mistaken. According to the technological map, the Assembly of "Outposts" accounts for just over 20% of operations (163 out of 811), the case file notes. The delivered parts of the UAV, according to the courts, can not be considered a complete product in an unassembled form, since, "being connected", they will not be able to "perform flying functions". "Taking into account what work operations were required to bring the product to a complete form, the courts recognized the legitimate position of the company that the technological process at the enterprise is the production, and not the Assembly of UAVs," the district court said in its ruling. He agreed with the lower authorities.

From the point of view of customs law, the dispute was over the application of one of the basic rules for the interpretation of the commodity nomenclature of foreign economic activity (2(a)). It allows both customs authorities and declarants to classify the goods presented for registration in unassembled or disassembled form as assembled, if they are brought to the finished form only by Assembly operations. "Its components must be assembled using fixing material (screws, nuts, bolts, etc.) or, for example, by riveting or welding. In this case, the complexity of the build method should not be taken into account. The main thing is that the components will not be subjected to further work operations to bring them to a complete form, " explains Chikin from Bryan Cave Leighton Paisner Russia.

But UZGA, according to him, managed to prove that, in addition to Assembly, other working operations were carried out with components. "And in cases where imported components will be subjected to further work operations to bring the finished product to a complete form, rule 2 (a) cannot be applied," Chikin notes.

"To win this dispute, the customs authorities had to convince the court that the plant imported a "constructor", for the Assembly of which it is enough to have a screwdriver and instructions at hand, and the plant, on the contrary, that it is a high - tech process that requires complex technological and technical operations. Since we are talking about the aircraft industry, it seems that the second position is much easier to justify. The customs authorities in this case played "on someone else's field", where they were opposed by the entire staff of plant engineers with many years of experience. In addition, the defense Ministry sided with the defendant, " says Sergey Bogomolov, managing partner of the Flightman & priest law firm.

He believes that the courts made the right decision. "Such claims by customs authorities undermine the stability of civil turnover," Bogomolov notes.

The plant with a share of almost 75% is controlled by the main owner of NC Bank Viktor Grigoriev. According to RBC, in the past, he was a co-owner of the KASKOL group, which in the 1990s had shares in enterprises of the aviation and space industry, including the Ulan-Ude aviation and Rostov helicopter plants.