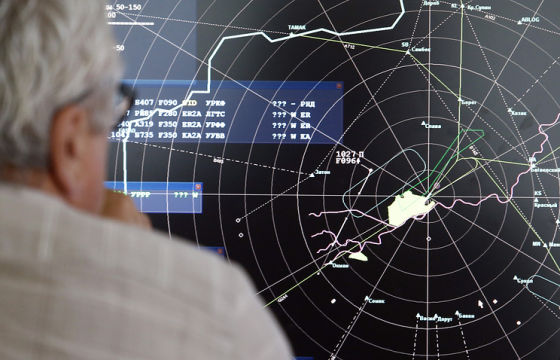 Moscow. November 17. Interfax-Concern of East Kazakhstan region Almaz-Antey will take part in the international exhibition" Transport of Russia", which will be held in Moscow from November 18 to 20.

"Visitors to the exhibition will be presented the main work done by the concern on technical equipment and modernization of facilities that control air traffic in Russia," the concern's press service said in a statement on Tuesday.

In particular, the results of work of specialists of the holding in the framework of the Transport strategy of the Russian Federation for the period till 2030 for the reconstruction and technical re-equipment of the integrated centers of air traffic management (ATM), the reconstruction and modernisation of complexes of means of air traffic control, radio-technical flight support and communications airports.

Dmitry Savitsky, Deputy General Director of the Almaz-Antey concern for products for the air navigation system and dual-use products, notes that participation in the Transport of Russia exhibition is " primarily aimed at strengthening the group's position as a leading developer and manufacturer of air navigation equipment." "As well as a system integrator for the implementation of complex air traffic management projects," Savitsky said, as quoted by the press service.

"The Deputy head of the holding noted that during the event, representatives of the concern will provide potential customers with full information about the holding's capabilities for the development and production of high - tech air navigation products and implementation of projects in the field of turnkey modernization of air navigation systems, "the report says.

PJSC NPO Almaz (part of Almaz-Antey) will be the concern's co-Exhibitor at Transport of Russia.

In particular, NPO Almaz will demonstrate mock-UPS of the rlk-10RA airfield radar complex and the ROSC-1 radar-optical system for ensuring the safety of objects and neutralizing UAVS.

"Within the framework of the exhibition, representatives of the concern plan to hold a number of business meetings and negotiations with representatives of relevant ministries and departments. In addition, the holding's specialists will take part in a number of thematic tracks and panel discussions as part of the business program of the event," the press service informs.

The rights to this material belong to Интерфакс-АВН
The material is placed by the copyright holder in the public domain
Страны
Россия
Компании
Алмаз Расплетина
Алмаз-Антей
ГосОрВД
Проекты
БПЛА
Do you want to leave a comment? Register and/or Log in
Log in via Facebook
In the USA, they were surprised by the size of the Su-75
Шойгу счел необходимым построить в России еще несколько крупных городов
Россия получит авиационное преимущество над ЕС и США
Ukraine has upgraded the commander's tank
The Ministry of Defense of the Russian Federation is preparing to adopt a new "Shell" and a fighter drone "Derivation"
Russia has collected archival information about the service and life of all generals from 1917 to 2020
Так ли все плохо с Тихоокеанским флотом
How to return the US fear of Russian Naval aviation
«Концепция сетецентрической войны родилась в СССР, а развитие получила в США"
French special forces are preparing to fly on "jet skates"
США оставили биологическое оружие Талибану
The Permanent Representative of the Russian Federation to international organizations in Vienna Ulyanov called the refusal of AUKUS to provide data on the union abnormal
The United States admitted that they dropped the fuel tank from the F-16 aircraft on a Japanese village due to an emergency situation
«Бастион» для «Циркона». Куда приземлят гиперзвуковую ракету
Доездился: Илону Маску грозит финансовый крах
other topics discussed
2006-2021 © ВПК.name. All rights reserved.
When reprinting, link to ВПК.name required.
User agreement.
№ 21-PP in the register of information distributors.
18+
Website hosting: TimeWeb.