The commander-in-chief of the Navy approved the acceptance certificate of the newest small rocket ship of the project 22800 "Odintsovo", equipped with the "Pantsir-M" complex" 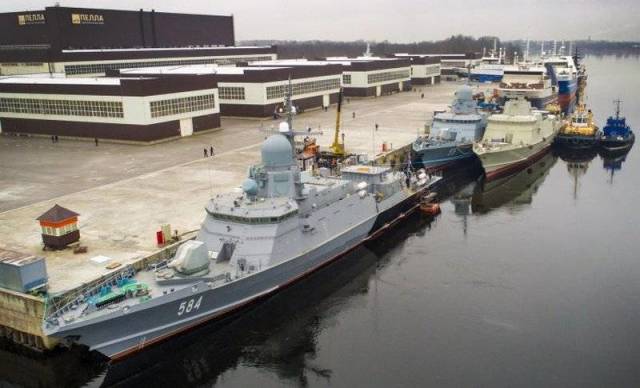 Approval of the acceptance certificate took place at the Admiralty, the ship is ready for the ceremony of raising the St. Andrew's flag on it, the information support service of the Main command of the Russian Navy reported on Tuesday.

"Tests of the marine version of the complex have been completed. The ship's crew and shipbuilders ensured the successful conduct of sea trials and state tests of the Odintsovo MRC. In the last decade of November, a solemn ceremony will be held for the acceptance of the Odintsovo MRC into the Navy and the St. Andrew's flag will be raised on it, " said the commander-in-Chief of the Russian Navy, Admiral Nikolai Evmenov, after the approval of the ship's acceptance certificate, which was held at the Admiralty (St. Petersburg), the report says.

According to Evmenov, " the acceptance certificate has been approved, the crew of the small rocket ship and shipbuilders of the Pella shipyard have started preparing the ship for raising the St. Andrew's flag on it and joining the Navy."