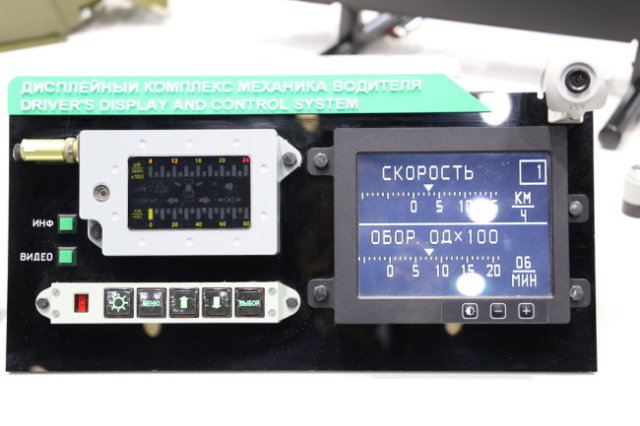 The commander's console and the driver's display system for the latest upgraded version of the T-90 tank have successfully passed state tests and received the letter "01". This means that it is ready for serial production, according to the Chelyabinsk enterprise for the development, production and repair of electrical equipment, electrical systems and units for defense products, which is part of the rostec state Corporation.

The remote control is designed to control an anti-aircraft machine gun and is available in several versions, its creators share details. Different versions are installed on modern T-72 tanks and the Hunter combat module, which was presented as a novelty of the regional defense industry in August this year at the Army-2020 International military-technical forum. The manufacturer also supplied a pilot batch of the console for all versions of the T-90, including the Proryv-3 tank. The console is not afraid of splashes of water, dirt, dust, it regularly serves in the Arctic latitudes and the hot heat of the desert, at temperatures from 50 degrees cold to 65 degrees heat, emphasizes the chief designer of the manufacturer Vasily Kardapolov.

The driver-mechanic display system is, in fact, an information and control system: it controls a number of nodes, collects and processes data from sensors and actuators. It warns the driver about incorrect actions, ensuring that the diesel engine and transmission work in optimal mode. If the engine speed becomes threatening, gives the command "Stop", "Brake" or "Go into low gear". Even with the help of related systems of armored vehicles, the display system can control increased radiation, warn about a fire, and even use bacteriological weapons. In addition, the complex controls the climate control system of the armored vehicle, so that the crew can conduct combat operations in any weather conditions and at any time of the day.

The company has already delivered about 400 such complexes for the modernization of certain types of equipment, Vasily Kardapolov notes. Now, after the completion of state tests, it can start full-fledged mass production.