"Sworn enemy". Experts evaluated the effectiveness of the Nebo-U radar against the F-35 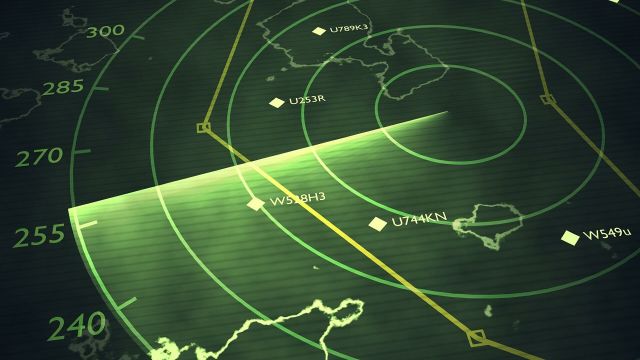 In China, called the" sworn enemy " of the American F-35 Russian radar. Military experts Alexey Podberezkin and Viktor Baranets told Sputnik radio about the capabilities of the Nebo-U radar station.

Russia has all the capabilities to shoot down American fifth-generation combat aircraft, writes the Chinese portal Sina.

According to experts, the f-35 fighter has high stealth and a powerful ability to penetrate to the target, but Russia has developed a " sworn enemy "for this aircraft – the nebo-U meter-range radar station.

Experts noted that this radar is able to detect flying targets at an altitude of 75 thousand meters and at a distance of 600 kilometers. After detection, the fighter can be tracked and intercepted using the s-400 SAM or the Pantsir-S1 self-propelled missile and gun system.

"In General, Russia now has the most modern radars and a lot of combat-ready missiles. Its air defense network can be described as very dense, " the authors concluded.

Alexey Podberezkin, Director Of the MGIMO center for military and political research, doctor of historical Sciences, commented on the publication on Sputnik radio.

"The Chinese are absolutely right. The F-35 is a fifth – generation fighter-bomber, maneuverable, and, in fact, it is the main strike power of the United States and NATO in terms of means of air and space attack. Several thousand of them were made, and they were far from perfect in everything, especially in terms of cost. Chinese analysts also right in the fact that our radar systems of meter range is very effective. I was at the factory where this radar was tested. An antenna, for example. It is even difficult to describe it, it is a huge wingspan. But the main thing is tactical and technical data. It can detect any target with minimal surface reflection. We are not even talking about meters, but decimeters. Therefore, of course, it will detect the F-35, and guaranteed. It also showed this in tests, " said Alexey Podberezkin.

Military columnist of the newspaper "Komsomolskaya Pravda", retired Colonel Viktor Baranets, on Sputnik radio also expressed an opinion about the" sworn enemy " of the American F-35.

"I must say that the Americans advertise their F-35 with incredible obsession. Moreover, they even twist the hands of those countries that refuse to buy such aircraft. In addition, the pilots who fly the F-35, all the time complain about the very serious shortcomings of this aircraft. This is the first. As for our radar, it belongs to the class of completely new ones. She is very "big-eyed". Here everything is simple-I saw it earlier, so I won. This is extremely important in this situation. Of course, we are pleased that the Chinese have praised our weapons. They do this regularly, by the way. China is now in the first place in the purchase of Russian weapons, " Viktor Baranets said.
The rights to this material belong to РИА Новости
The material is placed by the copyright holder in the public domain
Страны
Китай
Россия
США
Продукция
96К6 Панцирь-С1
F-35
Небо РЛК
С-400 Триумф
Проекты
NATO
Do you want to leave a comment? Register and/or Log in
Log in via Facebook
The Russian Aerospace Forces will put promising hypersonic weapons on combat duty in 2022
16 new training aircraft will be delivered to the Russian Aerospace Forces by the end of the year
Шойгу счел необходимым построить в России еще несколько крупных городов
The British Navy has launched an operation to lift a fifth-generation fighter that fell into the Mediterranean Sea
Так ли все плохо с Тихоокеанским флотом
Извольте разоружиться
In the USA, they were surprised by the size of the Su-75
Корпорация "Иркут" до конца 2018 года поставит ВКС РФ более 30 истребителей Су-30СМ
Дело точное: Восточный военный округ получит «Торнадо-С»
Parachute systems are ready for the landing of a dog handler with a dog
Hamshahri (Иран): НАТО требует от России прекратить «игру в солдатики» возле границ Украины
«Они технически неграмотные»: в США перепутали защиту Су-35 с АФАР
In Belarus, they announced the aggravation of the situation at the borders of the country
«Российская армия захватит Балтию за 96 часов. Дальше не пройдет»
Instead of the military aviation engineering school - Suvorov
other topics discussed
2006-2021 © ВПК.name. All rights reserved.
When reprinting, link to ВПК.name required.
User agreement.
№ 21-PP in the register of information distributors.
18+
Website hosting: TimeWeb.