In Russia, tested the nacelle with laminar flow 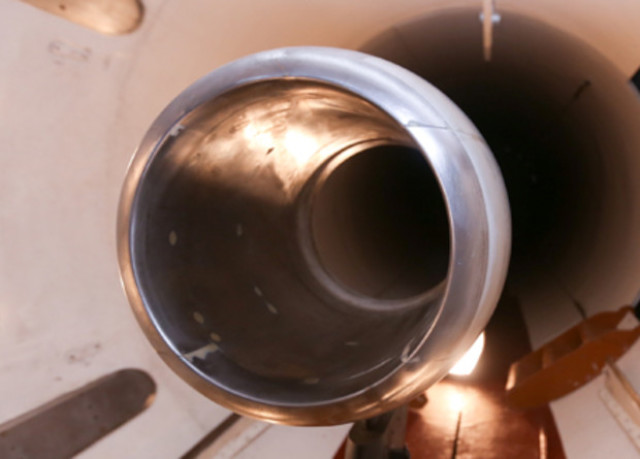 Specialists Of the Central Aerohydrodynamic Institute named after Zhukovsky tested a model of a motor nacelle with a natural laminar flow. According to the Institute, the nacelle is being developed for the promising dual-circuit turbofan engine PD-35. The checks were considered successful.

A nacelle is a streamlined compartment in which aircraft engines are placed. On aircraft, such compartments are usually located outside the fuselage. They protect the engines from external influences and allow additional functions to be implemented, including straightening the air flow, mixing the air flow at the output and reversing the thrust.

Modern inside of the nacelle is a set of elements. Among them — elements of fastening of the engine itself, reinforcing structures, hydraulic and mechanical drives. In flight, the nacelles create additional drag, which affects fuel consumption. For this reason, today some researchers are looking for ways to improve the aerodynamic characteristics of engine nacelles.

With laminar flow around the object, the air flow is practically free of disturbances, which allows you to slightly reduce the aerodynamic drag.

The model of the engine nacelle for the PD-35 was developed using software created by the Khristianovich Institute of theoretical and applied mechanics. The model was tested in the t-107 wind tunnel, which provides air flow in the test chamber with almost no disturbances.

The tests were performed at air flow speeds up to Mach 0.75 and angles of attack from 0 to 10 degrees. Visualization of the laminar flow on the nacelle was performed using a thermal imager and liquid crystals, as well as thermoanemometric methods. According to TSAGI, the results of the research showed the effectiveness and high accuracy of the software that was used to develop the model of the engine nacelle.

Later, the research Institute intends to conduct research on the model of the engine nacelle in the wind tunnels T-106 and T-128 in the air flow with various disturbances.